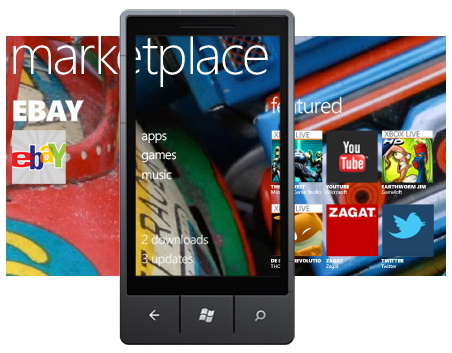 If you own an older Windows Phone device, you will still see the name "Marketplace" for when you want to download new Windows Phone apps. That's the word today from Microsoft, who also offered up some new information about improvements that are being made to Marketplace for those phone owners.

Earlier this summer, Microsoft announced that Windows Phone Marketplace would be changed to Windows Phone Store. In a post on the official Microsoft Phone developer blog, Microsoft says that even though its keeping the "Marketplace" name for older Windows Phone products, users of those phones will now be able to search for apps via Microsoft's Bing service, along with a list of related apps in the search results.  The blog states:

Windows Phone 7.5 users can also expect to see differences in lists like Top, Free and New, as the new algorithms now take into account downloads, customer ratings and actual usage patterns for a more accurate picture of what’s trending.

The blog also says that between two to four percent of Windows Phone 7.5 owners are not able to receive a new configuration file that Microsoft sent out so they can check out the new Marketplace features. However, the company said they will solve that issue soon. The blog stated, "In the next few weeks, these customers will see a specially-created app in Marketplace called Refresh Marketplace. Once they run it, they’ll enjoy the same improved app search and smarter app lists as new Windows Phone 8 users."