Thanks to an anonymous tipster to Neowin, we're seeing an interesting reference to Windows Phone 8 "Live Apps" show up in a Best Buy retail display banner. The tipster, who works at Best Buy, was setting up for a new Windows 8/Windows Phone 8 combo display at a store at noted the Live Apps reference, with accompanying text that says "Swipe up, down, left, and right to browse Live Apps." 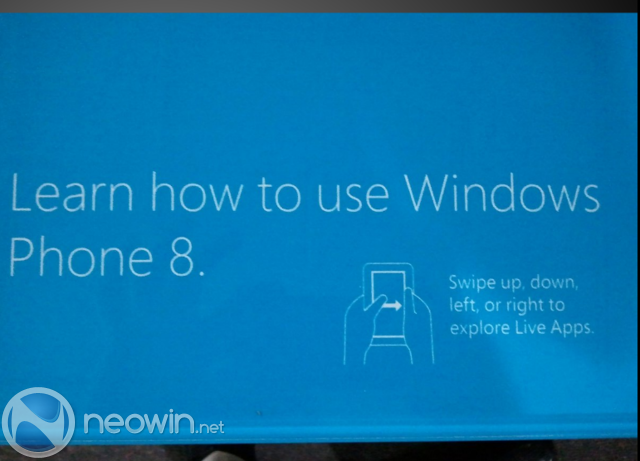 As the display wasn't set up yet there is no way to know for sure exactly what is meant by Live Apps, but there are a number possibilities. The first is that this is some sort of special, secretive new feature in Windows Phone 8; a possibility considering Microsoft's reluctance to give hands-on time with WP8 before the official launch at the end of this month.

The other main possibility is that this is simply part of the Windows Phone display units, which often run customized software that lets prospective buyers easily demo parts of the OS without needing to have too much prior knowledge. Swiping in each screen direction could reveal featured Windows Phone apps on the display smartphones, with some sort of promotional video playing at other times.

It was emphasized to us by the tipster that this Live Apps feature is not the same as the Live Tiles we already know about, as separate display banners reference the all-important Live Tiles feature. The tipster also strongly believes that the Live Apps is in reference to a feature, and not to a demonstration tool, based on the other displays at the store. 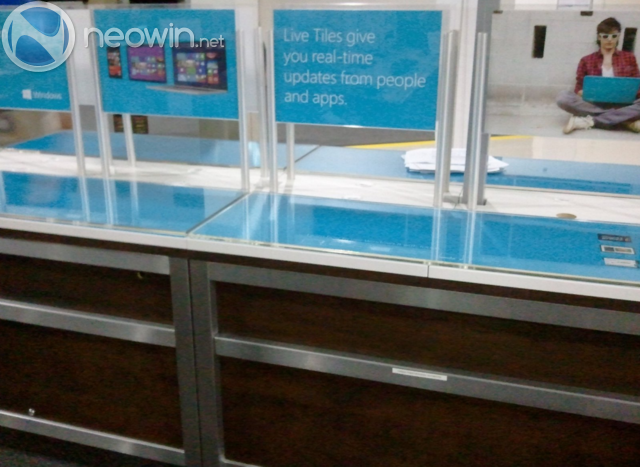 We can't say for sure which of the two possibilities it is because we have literally only seen the above banner image, but the launch is getting close so time will tell. The employee also revealed to us that October 21st is indeed the date for Windows Phone 8 pre-orders as previously reported, with Best Buy focusing on their efforts to sell the HTC Windows Phone 8X.

On October 21 you'll also be able to pre-order more than 40 Windows 8, Windows RT and Windows Phone 8 hardware-related SKUs from Best Buy. The Lenovo Yoga line-up will be exclusive to Best Buy, but of course other units will be available as well such as the HP machines we've already seen at certain Best Buy locations.

Thanks for the anonymous tip!