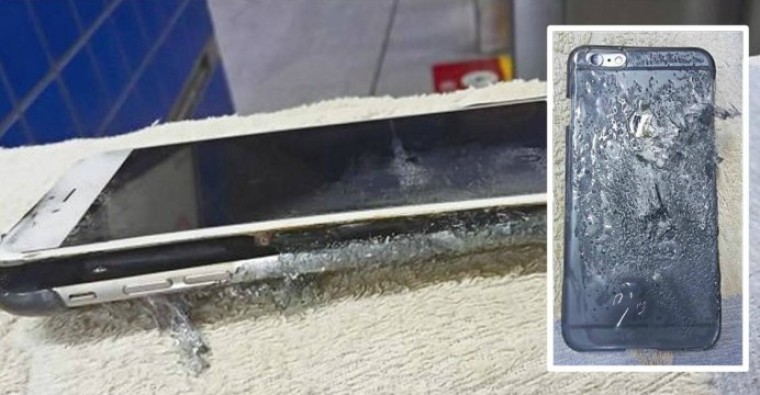 A woman from Tai Wai, China was rudely awakened as her iPhone 6 Plus exploded, catching fire. The incident started when she plugged in her iPhone around 1am for overnight charging. She was awakened the next morning at 8am with a loud bang. It was at this moment that she saw her handset on fire.

Luckily, she was able to extinguish the fire using her pillow. Although she was not hurt in the incident, she intends to contact Apple about the matter and seek compensation.

While she insists that she was using genuine Apple accessories, it is a reminder that using third party chargers could be dangerous. Although it has been quite some time since an incident like this has been reported, manufacturers have generally cautioned using and purchasing generic chargers due to their quality. In 2013, there were a string of incidents that involved the injury and death of those using 3rd party chargers.

Unfortunately, it is sometimes difficult to identify counterfeit chargers, but purchasing from legitimate sources can increase the chance of obtaining a genuine charger.