Microsoft is in the middle of sending out invites to their Windows Phone 7.5 "launch" events around the world to press members, but a Polish journalist got an interesting surprise in the mail this week.

In a somewhat unexpected move, Microsoft sent the journalist from WP-7 a package. Inside the package was an actual fresh mango, with an invite to the Polish version of the events we are seeing worldwide for the launch of the update to the platform. This essentially confirms the company's internal name for the update is "Mango," even though they have never confirmed it publicly. It will be interesting to see if that's the name the release will carry, or if it will carry the rumored title of "Windows Phone OS 7.5" until release. 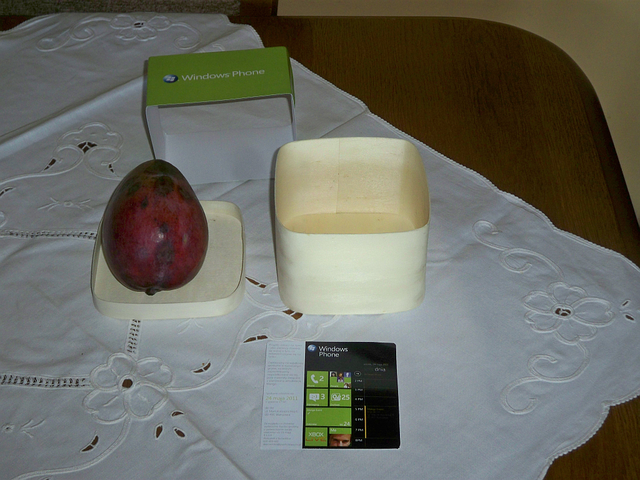 Microsoft is planning on unveiling the new platform next week with two major events simultaneously in New York and London on May 24, and other events around the world. Neowin will be on the ground covering the event as it happens, so be sure to RSVP to our live coverage of the London and New Zealand events.