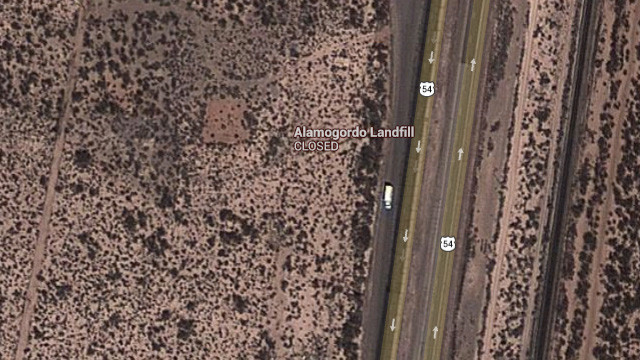 The documentary Microsoft is producing for its Xbox consoles about the alleged burying of "E.T. the Extraterrestrial" game cartridges hit a snag last week, but the excavation of the now-defunct landfill where they're believed to be buried now has a start date: the weekend of April 26.

According to a tweet by Zak Penn, director of the documentary, a camera crew will tape the dig of a landfill in Alamogordo, N.M., as teams search for millions of "E.T." Atari 2600 game cartridges. Rumors have long swirled that the cartridges were dumped in the landfill after they were unable to be sold. Penn's announcement comes after the state agency that oversees the landfill took issue with the documentary company's plans for the dig, which it said were too "generic." The agency also alleged potentially hazardous chemicals could prevent the excavation, endangering the possibility of a dig.

With an agreement now supposedly in place, crews will now search for the Atari 2600 game that has long been considered a primary factor in Atari's downfall.

The "E.T." game was actually a slight commercial success, selling more than a million copies. Retail outlets placed orders for the game that drastically outpaced consumer interest, however, resulting in excess stock estimated to be anywhere from 2 to 4 million copies. The game was similarly panned by critics, further hurting sales. Atari expected the game to be a massive hit, though it's now considered one of the worst games ever made.

In 1983, The Alamogordo Daily News reported a dozen or so trailers filled with cartridges of the game were dumped in the city's landfill. The newspaper reported that the cartridges were crushed and covered in cement in the landfill, where they purportedly remain.