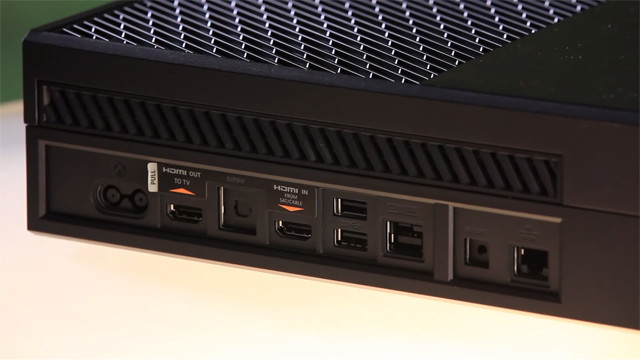 Xbox One users likely won't be able to use the console's USB 3.0 ports for external storage at launch.

Microsoft's upcoming Xbox One game and entertainment console likely won't support external storage when it launches in November, though the company is working on an update that will add the functionality at a later date.

Larry "Major Nelson" Hryb, Xbox Live's director of programming, confirmed the lack of initial external storage support at PAX Prime 2013 during a recording of his weekly podcast on Sunday.

"My understanding is that feature won't be there at launch because the team is working on some other things, but it's definitely on the list," Hryb said, responding to an audience member's question. "I don't know when it will come in, though."

When the feature is added in an update, users will be able to use the console's two USB 3.0 ports to save content to external storage devices. Microsoft's Xbox 360 currently supports external storage, though only up to 32GB.