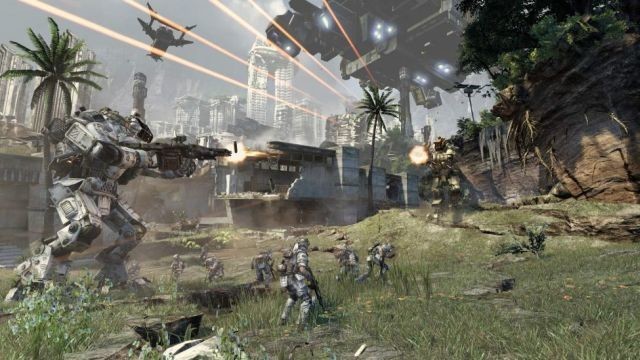 Update: Microsoft has now admitted that the digital version of Titanfall for the Xbox One won't be available for pre-purchase or pre-loading after all. In a statement to Polygon, the company said, "The pre-purchase offer page was posted in error. We apologize for any confusion."

Original story: Titanfall is certainly one of the most highly anticipated games for Microsoft's new Xbox One console and today the company has revealed that people who buy the digital version of the multiplayer sci-fi first-person shooter can pre-load the game ahead of its launch on March 11th.

The reveal was made quietly on the Xbox.com website, which will allow Xbox One owners to pre-order the digital version of Titanfall for $59.99 at some point. The pre-loading of the game from developer Respawn Entertainment will happen later, but it will be allowed sometime before March 11th at 12:01 am Pacific Time. That's when the rest of the game will be unlocked and playable.

While users of Valve's Steam service are familiar with the concept of pre-loading a game's digital files before it is unlocked and released, this is the first time such a method has been done for any Xbox game. By the way, the actual file size for Titanfall will be 15.88GB.

Microsoft and Respawn successfully concluded an open beta test of Titanfall earlier this week for the Xbox One and PC versions and overall the impressions seem very favorable. Hopefully the full game will match its already high expectations. The Xbox 360 version will be released two weeks later on March 25th.