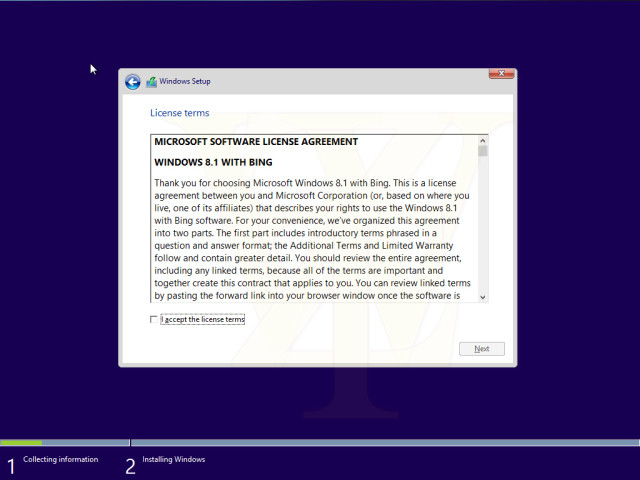 A new build of Windows 8.1 update has leaked but unlike the previous leaks, the phrase ‘with Bing’ is included with the build that is a deviation from past releases. The leak comes from a partner build of Connected Core that has been leaked in both x86 and x64 flavors; the build number for this leak is 17024 whereas the last Windows 8.1 update leak had a build number of 17025.

The interesting thing about this leak is the ‘with Bing’ attribute as this has not been seen in previous leaks of the update 1 for Windows 8.1.

It’s not surprise that Windows 8 (in all variants) ships with Bing built in as the apps and search are now part of the OOBE. But this build specifically calls out Bing in the terms and service agreements as well as within the watermark in the bottom right corner. 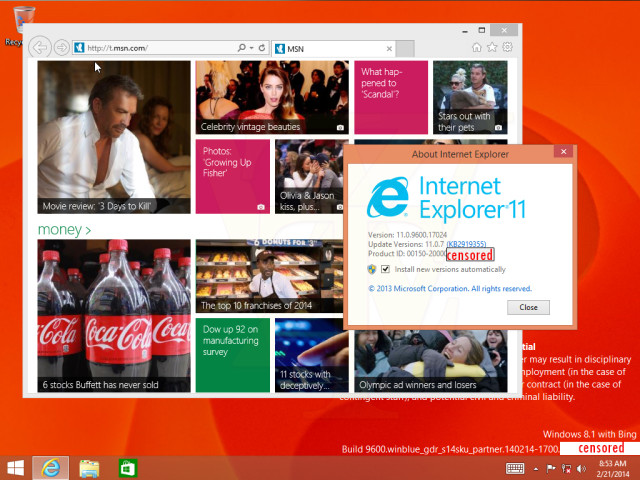 The partner build aspects points to the fact that this build is intended for partners and may not be released as a general public build. What could this mean? Well, Microsoft could have another install of Windows 8.1 that does not have Bing as built in as deeply as the vanilla flavor of Windows 8.1 Update 1. While this could seem odd, it could reflect the EU's love affair with taxing Microsoft for baking in its own services deeply into the OS.

Of course, it would seem more likely, if the above were true, that the build would be called ‘with Internet Explorer’ as that’s where Microsoft got dinged last time around, but for now, it’s only a simplified observation and not a statement of fact.

With about 5 weeks until the conference kicks off, we don't have to wait too much longer to learn more about the update for Windows 8.1.