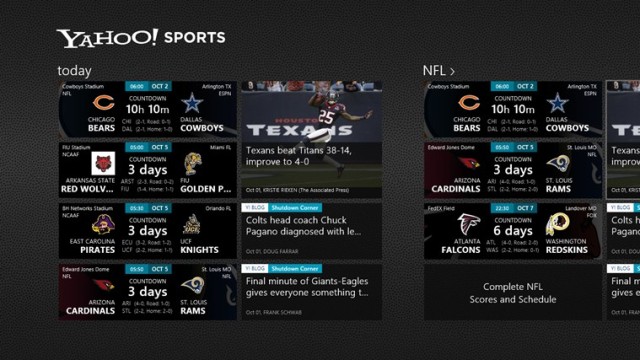 While we wait for Microsoft to pull the trigger on new updates for its in-house Windows 8 apps, the Windows Store has added an interesting new third party app to its library, and it's apparently one that's only for Lenovo-based Windows 8 PCs.

The new addition is the official Yahoo Sports app, and it showed up in the Windows Store as part of a quick search of the storefront on a Lenovo Yoga 13 PC. The app is labeled in the store as a "Lenovo exclusive" and indeed it does not show up when searching for the same app on other Windows 8 PCs. It's likely that Lenovo has a timed exclusive for the Yahoo Sports app and that it will appear for other Windows 8 PCs at some point in the near future.

The Sports news division of Yahoo is considered one of the best on the Internet and frequently gets major news scoops and store. The Windows 8 Yahoo Sports app offers up much of that news content, along with exclusive blogs.