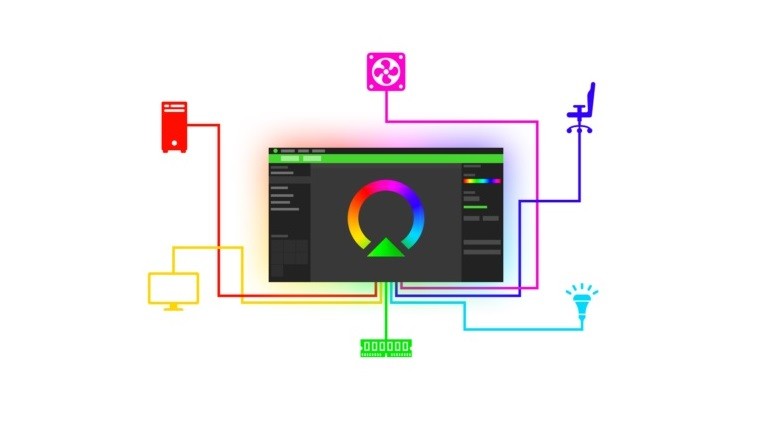 Razer has been making a big push for its Chroma lighting experience lately, as it expands to a number of new devices, including cars. At CES 2019, the company has announced new plans to take that even further thanks to a partnership with Amazon, as well as the new Chroma Connected Devices program.

The partnership with Amazon yields the result you might expect - Chroma lighting will soon be compatible with Alexa voice commands. Not only that, many other Razer settings will be controllable via Amazon's digital assistant, including mouse DPI, audio settings, and even the ability to start up games.

The feature will be enabled through an update to Razer Synapse 3, the latest version of the company's tool for setting up and configuring Razer devices. The update will be rolled out in the second quarter of 2019 in the U.S. and Canada, with expansion to other countries expected before the end of the year. Developers will also be able to add support for in-game Alexa features. And, of course, you can use all of Alexa's capabilities through Synapse, so you can control your smart home more easily from your computer.

Additionally, Razer is kicking off the Chroma Connected Devices program, which it announced last year at Computex. This basically allows third-party devices to include support for Razer's Chroma lighting, and it's kicking off with 15 partners and over 300 compatible devices.

Current partners in the program are AMD, AOC, ASRock, Biostar, Colorful, Cougar, Ducky Channel, EK Waterblocks, Lian Li, MSI, Team Group, Thermaltake, ViewSonic, Wooting, and Zotac, many of which will be familiar to the gaming community. Over time, more companies will likely join the program, so more compatible devices should be added in the future.