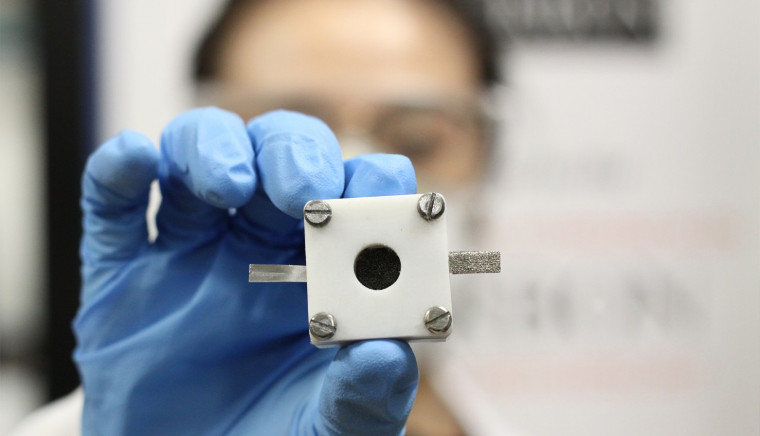 The University of Sydney and Nanyang Technological University are making breakthroughs in the development of zinc-air batteries, which could lead to them being a replacement for the lithium-ion batteries currently used in smartphones and other devices.

Zinc-air batteries might have the potential to hold five times the amount of charge that the same sized lithium-ion battery can, and due to the abundance of both air and zinc, they are cheaper and easier to manufacture. Zinc-air batteries are already used in some devices, such such as hearing aids and a couple of cameras, but the problem that the batteries have had so far - and the reason they are not already widely used - is that they have a slower charge time than other batteries.

That charging problem may have just been solved by the work of the university teams, which has been published in the Advanced Materials journal. The method they have come up with is called a three-stage method, which involves switching from an expensive precious metal catalyst in the batteries, such as platinum or iridium oxide, to alternative low-cost but high-performance catalysts, such as iron and cobalt. They are able to create these new compatible electro catalysts through simultaneous control of the size, composition, and crystallinity of the metal oxides of these elements which are then applied in the construction of the zinc-air batteries.

The batteries have been showing promising results in tests conducted to assess their efficacy; over 60 discharging/charging cycles over a period of 120 hours, the zinc-air batteries only lost 10% energy efficacy. This is still a long shot from where they need to be and isn't as impressive as a completely battery-less phone, but zinc-air is still in a very early stage of development.