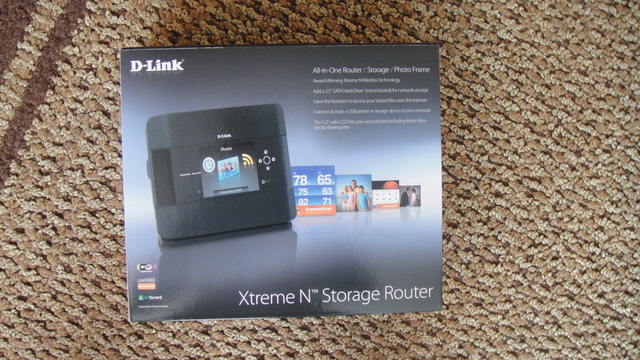 Our friends over at Dlink have sent us one of their latest products, the DIR- 685.  While this product has been on the market for a little bit, we never pass up a chance for a hands on review, and besides, we will be giving this router away!

This review will be a two part series, this part will mainly consist of a quick overview the initial thoughts about the device, in about a weeks’ time, a more detailed ‘review’ will be posted to go over extended use and user experience.

The device came in a package as you would expect, a typical box with a plastic tray holding all of the components that consisted of the router, power supply, router stand, install CD, and instructions. 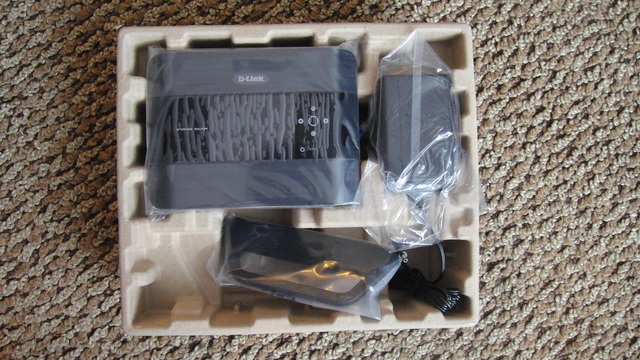 The device is at heart a router, but, unlike a typical router that is boring on the outside; this device boasts a small LCD screen.  The screen can be used for things like viewing pictures, showing data pass-through widgets, or be used as a clock.  While the screen is quite small for photo displaying at 3.1 inches (meaning don’t buy this router because you want an LCD photo frame) the stand does keep the router upright and does make for easy viewing.  By far the best widget on the device is the one that displays speed at which your data is being received or disbursed, sure it’s a novelty, but to be able to see it in real time on the router helps separate this device from others on the store shelf. 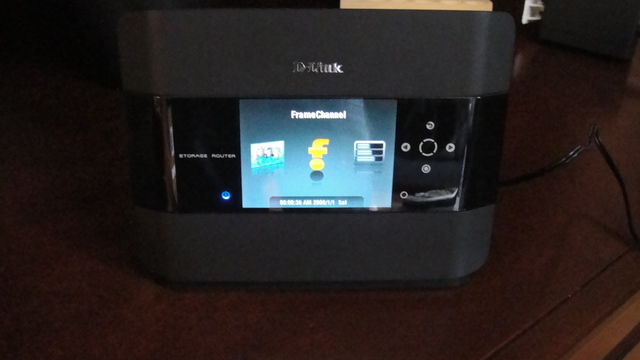 One of the features that could be most desirable is the ability to stick 2.5-inch SATA hard drive into the router.  By doing this, you have turned the router into a NAS (Networked Attached Storage).  You also save some space too, as you don’t have a bulky drive attached, although there are also two USB ports on the back of the device that would allow you to connect a USB based drive too. 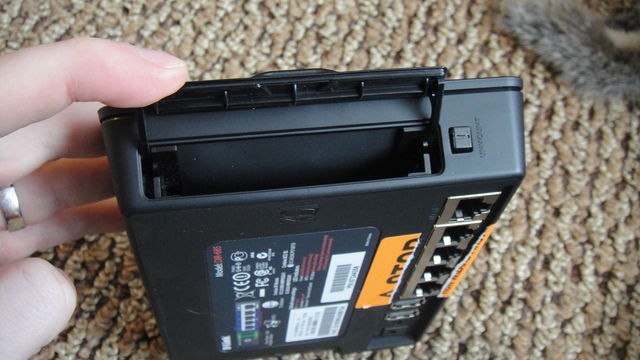 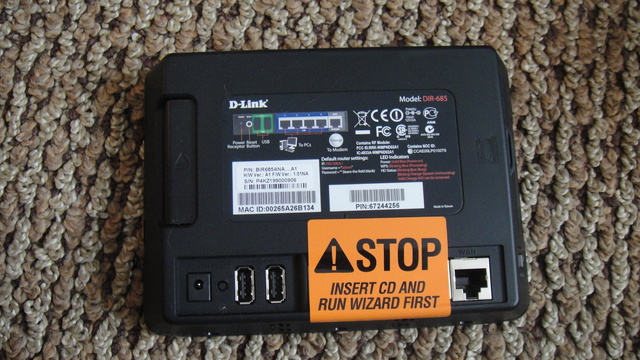 To my surprise, unlike my current router, this one setup a secure network.  When paired with Windows 7, the prompts that Windows gave me allowed me to create a secured network first.  The fact that at no point was my network vulnerable is reassuring, especially for those who are not network savvy, this step was a breeze.  While I’m not 100% convinced that it was the Dlink router that did this, when I hooked up my other router (non-Dlink) its default setting was an open, unsecured network and I had to use the routers software to apply a password.

So far the router has been a joy to setup and use, while its not perfect as it’s not a dual-band router, it does have a lot going for it.  As it has only been used to its basic requirements, further comments will come in the second part that will focus more on usability and the reliability of the device.