Microsoft is not only known for the Windows operating system and other software applications, but also for peripherals that communicate with one another. Microsoft has always kept their keyboard, mouse, and webcam hardware line fresh and interesting, giving consumers more and more choices. 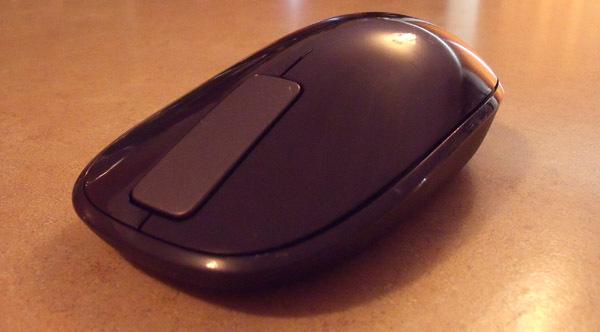 Last year Microsoft released the Arc Touch Mouse, which allowed the consumer to bend the device to enable it, and it came with a touch scroll-wheel. The Explorer Touch Mouse is an improvement off of last years Arc Touch Mouse. The body of the device actually looks and feels like a real mouse.

The Explorer Touch is a great mouse for portable electronics, such as your laptop. It has a great feel to it, much better than the Arc Touch Mouse, and has precision handling for graphics designers. If you aren't squeamish about spending the extra money for a better mouse, take a look at the Microsoft Touch Mouse.

With the Explorer Touch mouse, learning the new gestures is only half of the fun. The touch scroll-wheel allows you to scroll up and down a page easily, but it also allows you to scroll side-to-side using gestures. There is even a feature to click and flick to the bottom of any document or page.