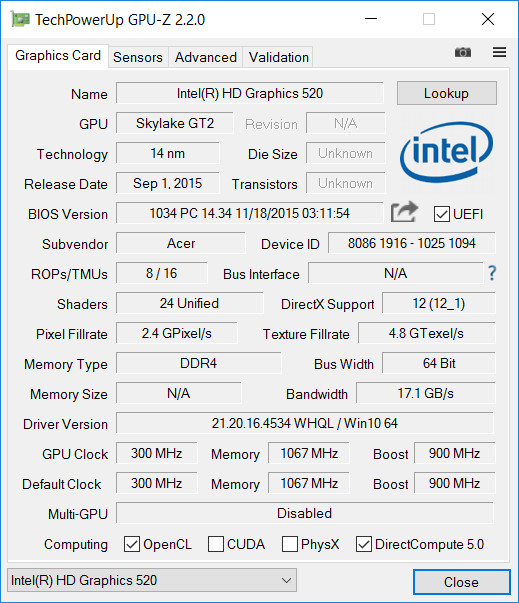 GPU-Z is a lightweight system utility designed to provide vital information about your video card and graphics processor. At launch, it automatically scans your system and reports the card name, GPU, release date and transistors, BIOS version, ROPs, memory type, and memory size.