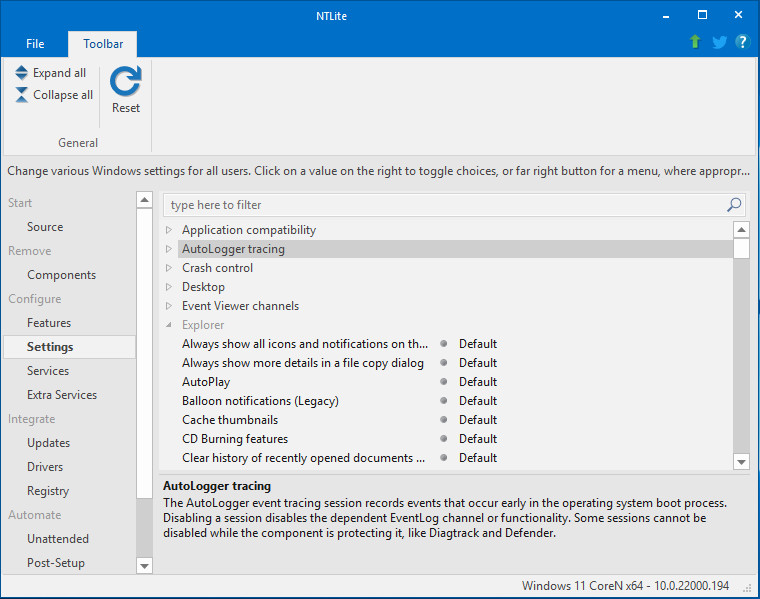 Supports Windows 11, 10, 8.1 and 7, x86 and x64, live and image. Server editions of the same versions, excluding support for component removals and feature configuration. ARM64 image support in the alpha stage. Does not support Checked/Debug, Embedded, IoT editions, nor Vista or XP.