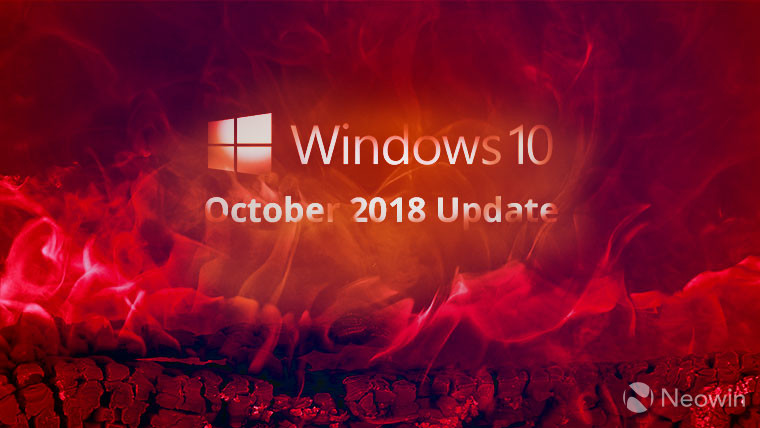 On October 2, Microsoft surprised pretty much everyone by releasing the Windows 10 October 2018 Update (version 1809). The reason that it was so surprising is because it skipped over an entire ring of testing. The way it usually works is that the RTM build starts out in the Fast ring, it's promoted to the Slow ring, and when it gets to the Release Preview ring, that means it's slated for release to production.

In fact, that's exactly what the Release Preview ring is designed for. It's for people that want the update early. These testers expect a build that's ready for production, but they're opting in a little earlier than regular users. If there are any last-minute show-stoppers, Microsoft can catch them before the feature update is released.

Microsoft skipped over Release Preview with Windows 10 version 1809, and four days later, the update was pulled from Windows Update. This was mainly due to some users' files being deleted upon upgrading. Moreover, it turned out that the issue had been reported to the Feedback Hub, but it hadn't been upvoted enough times for anyone to notice.

The company published a blog post a few days after that, explaining the issue and saying that you'll now be able to indicate severity of a bug in a Feedback Hub report. There was a slight apology, and a sign that Microsoft will do at least the bare minimum to make sure that this doesn't happen again.

Microsoft hasn't said a word about it since.

One of the problems is that Microsoft is pushing out these updates more and more aggressively. With the Windows 10 April 2018 Update, the company released build 17133 to the Release Preview ring, and it turned out that there was a show-stopping bug, which is why we ended up with build 17134. This was actually the first time that a Release Preview build had to be replaced before heading out to production. One would think that the next feature update wouldn't be the one to skip over Release Preview, but here we are.

Another thing that happened with Windows 10 version 1803 is that Microsoft introduced the concept of "seekers". Staged rollouts were always used for Windows 10 feature updates. Windows runs on thousands (probably more) of different hardware configurations, so Microsoft has to make sure that Windows 10 runs on all of them. When your hardware configuration was approved, the update would show up in Windows Update. If you wanted to get it sooner and take the risk, you could use the Update Assistant tool or join the Windows Insider Program.

That all changed this spring, as it was determined that anyone checking for Windows Update was seeking out the April 2018 Update. This especially presented a problem on Patch Tuesday, when users might be used to checking for updates just to get the patches that they wanted. Seemingly, the Release Preview ring solely exists for "seekers", so it's not clear why this had to happen, unless Microsoft just wanted to push the update more aggressively.

It didn't go well. There were issues with PCs freezing up when they had Google's Chrome browser installed, PCs with Intel SSDs crashing, and more. I personally upgraded at least a dozen PCs on day one, and at least half of those had major issues that caused the device to be nearly or completely unusable. I'm not a sample for the general public, but it's worth noting that these things weren't edge cases.

One would think that following this debacle, Microsoft would slow down a bit and be more careful with the next update. It did the exact opposite. The Release Preview ring was skipped over entirely, the "seekers" method was still in effect, and the company even closed the "magic window" - the period of time between when an update is released and a new Fast ring build is released from the next development branch, giving Insiders a chance to switch to production - for Insiders after 20 hours, the shortest period yet.

A look back at the Windows Insider Program

Now, let's take a look back at the beginning of Windows 10 and the Windows Insider Program, because it wasn't supposed to be this way. Microsoft announced Windows 10 on September 30, 2014, along with the Insider Program.

The idea was that fans could help shape the future of the operating system, with Microsoft communicating with us along the way. It was a brave new world for Windows, with Microsoft promising that Windows 10 would be on a billion devices in two to three years, a promise that the company later said it wouldn't be able to make good on.

There were a Fast and a Slow ring at first, with the Fast ring designed for tech-savvy early adopters, and the Slow ring for users that wanted things a bit more stable. They weren't even called Insider Previews back then; they were Technical Previews.

The Release Preview ring arrived on February 10, 2016, as the most stable of the Insider Preview rings. At the time, one of the biggest uses for it was actually Windows 10 Mobile. The upgrade from Windows Phone 8.1 to Windows 10 Mobile was significantly delayed - arriving about four months after hardware was released with Windows 10 Mobile -, so this was a way for people to get the upgrade without having to test beta software.

The Windows Insider Program is a shell of what it once was. The Fast ring still gets weekly builds, but usage of the Slow and Release Preview rings are virtually nonexistent. Well, you could say that the Release Preview ring is entirely useless now.

Don't get me wrong; they're not just sitting on their hands. Senior PMs Jason Howard and Brandon LeBlanc are on Twitter constantly helping Insiders chase down bugs, and working with them to solve their issues. In other words, they're actually interacting with Windows Insiders, which is what this program is supposed to be all about.

But there's still no who, what, when, where, why, or how. For example, Microsoft still refuses to acknowledge when a build is slated to roll out to production. Yes, I know it doesn't use the term 'RTM' anymore, but it doesn't have to. All the team would have to do is say that if all goes well, a certain build will be the one that rolls out as a feature update, and if there's a major problem, there will be a new build.

What's happening now is less like a lack of communication and more like misdirection. Leading up to build 17763, the RTM build for the Windows 10 October 2018 Update, the release notes said the following:

"This does not mean this is the final build as we are not done yet."

But in the build 17763 release notes, the verbiage was changed to say this:

The change in wording here is clear, as Microsoft is no longer stating that it's not done, only saying that it's not definitely done. The original statement clearly says that there are more Windows 10 1809 builds coming, while the second one does not.

So... isn't both saying the same thing? "This doesn't mean we're done" means "we're not done yet". You can interpret it how you want but for us, both mean the same thing.

The problem is that they were done. Build 17763 ended up being the build that got shipped as the Windows 10 October 2018 Update.

Microsoft doesn't want us to think about what build is RTM, because it's not supposed to matter. Windows is a service now, so when a build is stable enough for production, it's supposed to just go to production. Unfortunately, people care about it, so it does matter.

And now here we are, with a mess of an update that's been pulled from servers for over a month, and no word from Microsoft on where it's at. There are new issues that have appeared since too. For example, with Windows 10 version 1809, if you try to extract a ZIP file on top of existing files, the OS won't prompt you to overwrite them or not. The operation will just fail and not tell you about it. If you cut and paste from a ZIP file directory, the operation will fail and you'll still lose your files.

A fix for that has been in testing with Insiders for a week and a half. These fixes aren't being released to those that installed 1809 in the four days that it was available though. Those users got a fix on October 9 (Patch Tuesday), and there's been radio silence since.

We should probably be used to this by now

The sad part about all of this is that none of it is really surprising. I mentioned the announcement of Windows 10 because while it was only four years ago, it was a completely different time. Microsoft doesn't hold events for Windows 10 anymore, and at its headline events like Build and Ignite, the word 'Windows' is barely even muttered onstage at a keynote, if at all.

Indeed, Windows is less and less of a focus for Microsoft, and it's being dropped in favor of Microsoft 365, a product that combines Windows 10 with Office 365. But still, even when you hear Microsoft 365 mentioned, the majority of the message is about Office. In general, the main topics from Microsoft are the intelligent edge, intelligent cloud, firstline workers, and catchphrases like, "empowering users to achieve more".

The question should be if Microsoft cares about Windows at all anymore. The answer is that it does, at least to some level, but the firm isn't showing it. That's the problem. Windows is a service now with two feature updates per year, some of which are problematic, and if we try to talk about it, we're told to shove it up our Feedback Hub.

What's unclear is why Microsoft simply won't talk to us. The fixes for known issues in the October 2018 Update are being tested with Insiders, so what's the status of the re-release? Why not just tell us where Microsoft is at? But here we are, with no sign of 1809 being re-released, and radio silence from the company.

That silence is deafening. Not only is it a reflection of how much the company cares about the enthusiasts that have been testing this update, but it reflects how much Microsoft cares about Windows.

I'd love to believe that when this update is re-released, there will be a long apology letter from Microsoft, outlining all of the ways in which this won't happen again, including more testing and more interaction with Insiders. That's just not the world we live in anymore. The Windows 10 October 2018 Update will be re-released, and we'll be lucky if the company even announces it through more than an update to an existing blog post.