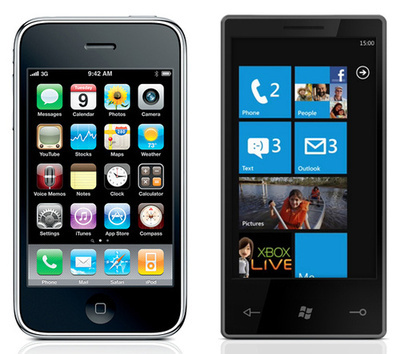 Generally, if you write an opinion piece on a phone platform, you'll focus on one. This isn't a story to flame either platform, but to explore why I believe each platform has advantages to it, as well as disadvantages, and where I see these leading each in the future. As an avid HTC Legend user, which runs Android 2.1 by default, I'd like to share my current view on the smartphone market, and where it falls down.

Unless you've been hiding in a cave or under a rock, it's going to be clear to you that the Apple iPhone has been a huge success, despite there being numerous scandals, such as the iPhone 4 antennagate mess, the iPhone still came out on top. But why is it so popular? This comes down to a few simple elements;

From the beginning, Apple has chosen a position and stuck to it. They haven't moved from it, apart from small changes to policy, and haven't made changes that have confused their users. Obviously this is a generalization, and I'm sure there are flaws in this argument, but let's keep moving. Apple's closed policy does have a larger issue though, because the carriers can't really modify the devices, neither can the consumer. Sure,  you can change the wallpaper and move apps between screens, but what real customization is there?

If you jump to the Google Android side of the fence, you are submersed in a world where the entire OS is yours. A plethora of features and tweaks are at your fingertips, and you can even choose your own core experience -- the home screen -- from a range of different providers. All this customization is brilliant, but it makes for a tricky phone experience. 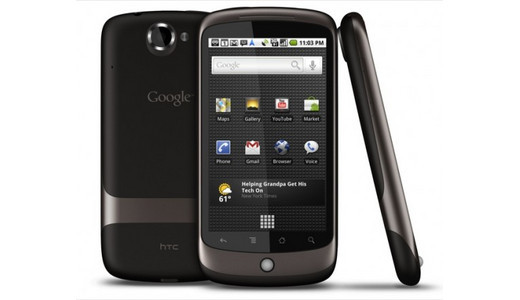 The phrase I would use to describe the amount of features and customizable options is that you can be "drowned in customizability." Sure, it's great at first to be able to change everything, but when push comes to shove, this makes for a harder upgrading experience too. If you purchase an Android device, you need to make sure it's running the right specs to use the software you want, and ensure it's got the right version (Shocker: Over 16% of Android devices on sale today are still running 1.6).

Google Android's problem right now is fragmentation. Carriers and OEM's are so blinded to their lust for profits and faster, newer devices that they neglect older Android devices (When I say old, even devices released in 2010 are not being updated) for the latest and greatest, and refuse to update older devices -- even if they are less than six months old -- and sure, you could argue that it's not actually guaranteed that you'll get the latest software for your phone when you buy it, and some of you may say "Anything extra you get is lucky," but this doesn't make any sense.

On Apple's platform, because the hardware is ubiquitous and relatively the same across generations, you may see updates for 1, 2 or even 3 years yet. Apple enforces its hardware restrictions by making its own. This avoids fragmentation (to a degree) across older devices. Sure, the new applications might go slow on a older device, but at least you still have a shot at using them.

In addition to this, Android by default isn't overly attractive, so OEM's and Carriers decide that they're going to make it better by "improving" the experience. From this, you get products such as HTC Sense, Motorola Blur and Samsungs Touchwiz. Some are great, some aren't, but the point here is that once you slap these on, how does the end user even know what Android is?

Does Android really look like this? How would you know if you'd never used it before? If you hated this experience, does that mean you'll now hate Android because you don't know the difference? Probably. 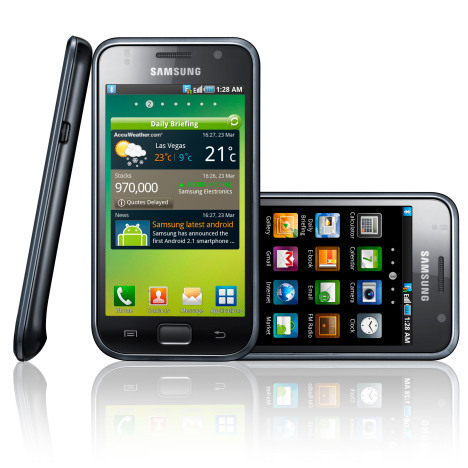 Android is great because it's open, and it's relatively easy to develop, all you need is a capable computer. The Apple ecosystem is a little more tricky, as well as costly, as you need to own a Mac computer to be able to develop (Or, you could wander into Hackintosh territory) applications for the iPhone.

This is the point where I bring Microsoft and Windows Phone 7 into the equation. Windows Phone 7 is  the elephant in the room. Microsoft has been watching carefully what works and what doesn't, and its they have tried to build this into Windows Phone 7's core existence. Everyone is watching to see if Microsoft will fall flat on its face, or run ahead of the crowd.

Sure, the home screen might not look as "well rounded" or "appealing" as the Apple home screen, and might not offer the same customization as Android, but it offers a blend between the two. Customization, but with standards put in place. This stops the experience from being modified extensively by any third party, such as carriers, and allows the user to do what they will with it. Remember, that carriers can only install applications on Windows Phone 7 and pin these to the home screen, and these can easily be removed, allowing the consumer the control over the whole thing.

For the same reasons, Microsoft have been watching what is happening with Android and iOS with fragmentation, and have picked up ideas from them both. Windows Phone 7 tries to protect against fragmentation with it's strict hardware guidelines. It uses the mentality that Apple has currently, that if they bring out a new version of the OS, and an application is designed for the newer version, it'll still run on the older version, just slower or with less features.

A good example of this is if the iPhone 4 had a Skype application. Because the iPhone 4 has a front camera, you're able to use it. Now, even though the app was originally developed for iOS4, you can install it on the iPhone 3G if you like, but because it doesn't have a front facing camera, you can't use that part of the application. Microsoft say that an application only need be developed once for future updates of the platform, and will work across all devices.

Obviously, tomorrow Google could turn around and slap a strict set of hardware restrictions on Android 2.3 or 3.0, and the fragmentation could be solved, but there are other outlying issues with the platform, or Apple could turn around and let users put clocks and widgets on their home screens, because the market changes so quickly, but for those that are currently writing Windows Phone 7 off as a failure or not having a chance of taking on the current big players, I suggest you look at the issues objectively, opinions and allegiances aside, and compare the paths that the smartphone platforms are hurtling down.

Competition is healthy, and I look forward to Windows Phone 7 bringing something fresh to the table.