Gamers in the United States are reported to have spent a massive $25.3 billion on videos games during 2009, with used game sales and online sale models accounting for almost half of that figure, according to a consumer study from research firm Newzoo.

The study, first reported by Gamasutra, indicates that just 54 percent of US gamers purchased new retail games, with the remaining 46 percent being spent on used games, virtual currency such as Xbox Live points, subscriptions or micro-transactions.

European countries were found to be more willing to spend money on new games, with France spending the most of their budget on new games at a pretty large 78 percent. They were followed by the Netherlands at 69 percent, the UK at 64 percent, Germany 62 percent and Belgium just slightly higher than the US at 59 percent.

Interestingly, PC gaming appears to still be going strong in Germany, where sales of PC titles account for around a third of the gaming budget. For comparison, none of the other three big spenders - the US, UK and France, spent more than a fifth of their gaming budget on PC gaming. Only Germany saw less than half of its budget spent on console games.

Conducted in cooperation with research firm TNS for the 2009 Today's Gamers Survey, the study involved over 13,000 respondents. 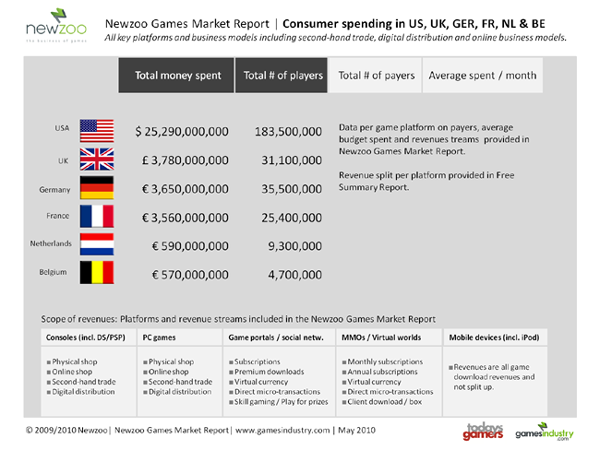 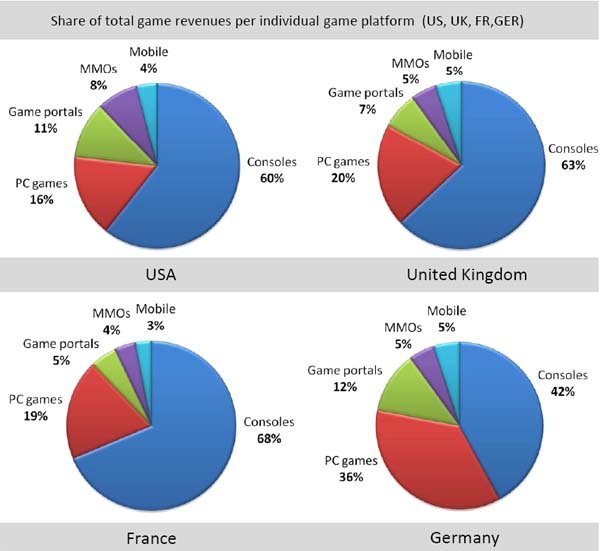