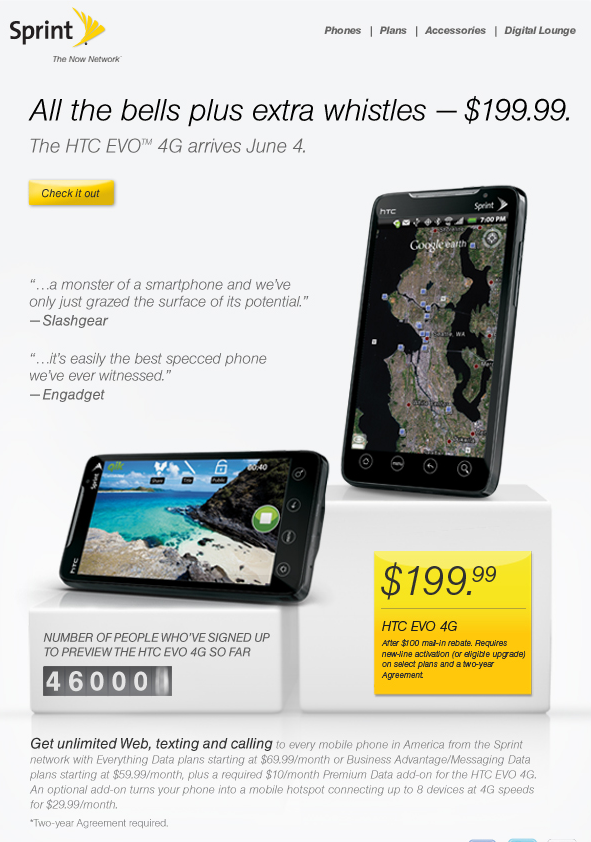 In addition to showing off the actual device, Sprint showed Verizon's Motorola Droid playing a YouTube video compared side-by-side to the EVO 4G. The EVO 4G, which turns on HD playback by default when under a 4G connection, awed the crowd with its crisp and flawless picture. They even showed the iPad loading data over Sprint's 4G network and explained how AT&T customers with an iPhone can use the EVO 4G's hotspot feature to actually get service in New York City.

After the comparison, Sprint played a movie trailer on the big screen through the phone's HDMI out port. The picture looked just as good as your home's HDTV. They also demonstrated the ability to do voice and data at the same time. The voice goes over the CDMA network, while the data goes over 4G.

Here are the previously unknown details:

You can check out the EVO 4G on Sprint's website. Below is a video comparing the phone to the Motorola Droid, as well as a video of Neowin being loaded over 4G.