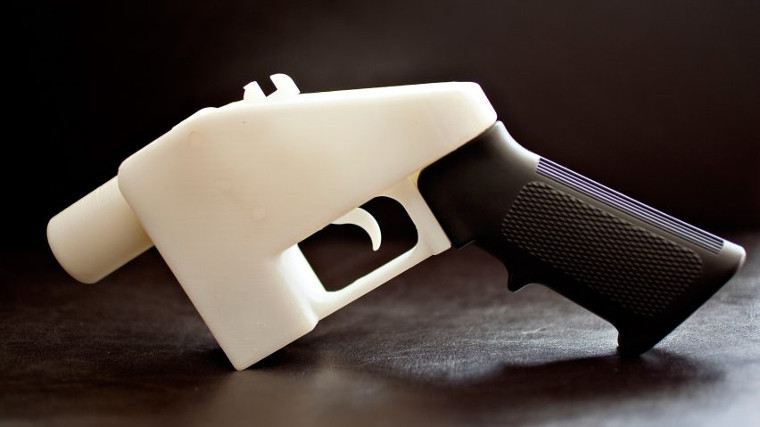 Blueprints for nine different types of 3D-printable guns were uploaded by Defense Distributed onto their website on Friday. This is in spite of the prints only being granted legal permission to be published on Wednesday, and amid numerous last-minute efforts to try and reinforce a ban on them in the U.S.

In 2013, Cody Wilson posted this video showing his 3D-printed plastic pistol "The Liberator" in action, then publishing the blueprints for it online at Defense Distributed. This quickly led to a drawn out legal battle with the State Department who demanded that the designs be taken down since this violated International Traffic in Arms Regulations.

Wilson, who had teamed up with the Second Amendment Foundation, finally won the legal battle resulting in a ruling from the Justice Department that Americans had the right to access, discuss, use, and reproduce the data. This is the ruling that allowed for the designs to be shared again on Wednesday.

21 U.S attorney generals from various states have raised their concerns over the republishing of these 3D-printable gun designs. One of the arguments against them being shared is that anyone who would not be able to pass a criminal background check would be able to print their own untraceable gun in their home. A gun that could also be made from plastic and could easily slip past a metal detector, potentially being used by a terrorist.

The Liberator is a very basic plastic pistol, however, looking at the above promotional video from the Defense Distributed website, the designs and CNC machines they promote are able to make guns from stainless steel. They display schematics for things like the AR-15 and other conventional handguns and, according to Defense Distributed, no CNC experience is required by someone trying to make one of their 80% receiver guns with the Ghost Gunner 2 CNC machine.