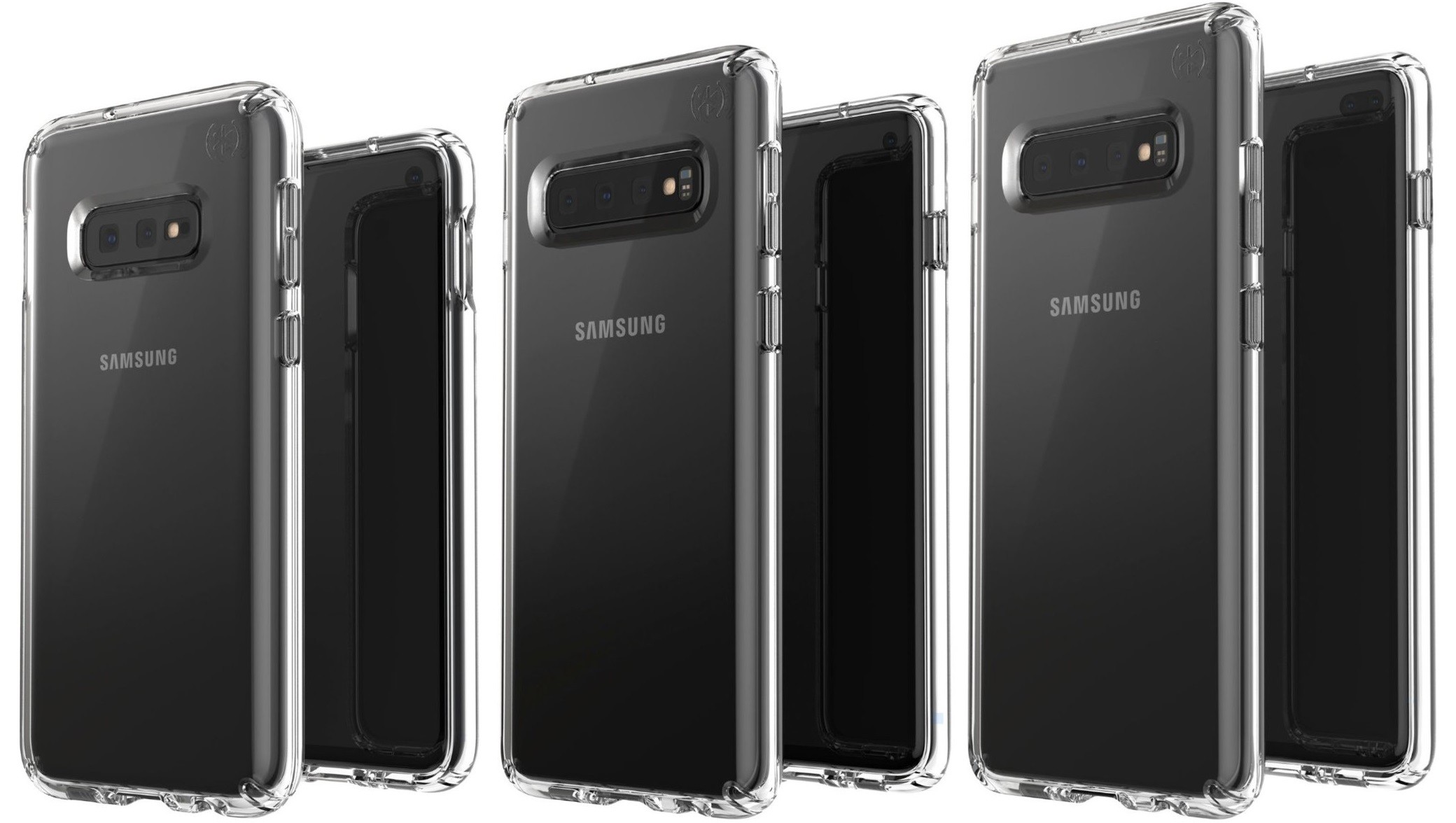 Acclaimed leaker Evan Blass has posted a picture on his Twitter account showing the rears and half of the front of all three variants of the Samsung Galaxy S10 in clear plastic cases. He referred to the devices as the S10E, S10, and S10+, from left to right in the picture above. However, he did not confirm the S10E moniker being the S10 Lite, instead saying:

Nothing is ever confirmed until it launches.

From the picture, it can be seen that the supposed Galaxy S10E will have a dual camera setup on the back with what could be the S10 and S10+ both sporting a triple camera setup. Additionally, the S10+ appears to have a double-sized hole punch on the front, which looks the same as the one seen on the S10+ spotted in public earlier this week. The S10E and S10 appear to have a single hole-punch on the front.

All three Galaxy S10 variants are expected to have an Infinity-O display, which is also suggested by the image above. The S10E will supposedly come with a Snapdragon 855, whereas the S10 and S10+ international variants are expected to come with the Exynos 9820, for which the Geekbench scores were leaked recently. Those destined for the US and China will likely have a Snapdragon 855, touting Geekbench scores more in-line with what we would expect of Qualcomm's latest flagship smartphone SoC. The S10 may also have two different storage options, a 64Gb storage model with 6GB of RAM, and a 128Gb storage model with 8GB of RAM. It is not yet known if the two options of storage will be available for the S10+, although the 5G variant could be a Verizon exclusive initially. Finally, the S10 is expected to have a 5.8" display and the S10+ a 6.4" display. All three devices will likely be announced at Samsung's Unpacked event on February 20th.

As with all leaks, you should take this one with a pinch of salt. However, given Blass' credibility in the past, you could probably throw some more weight behind the accuracy of the render..