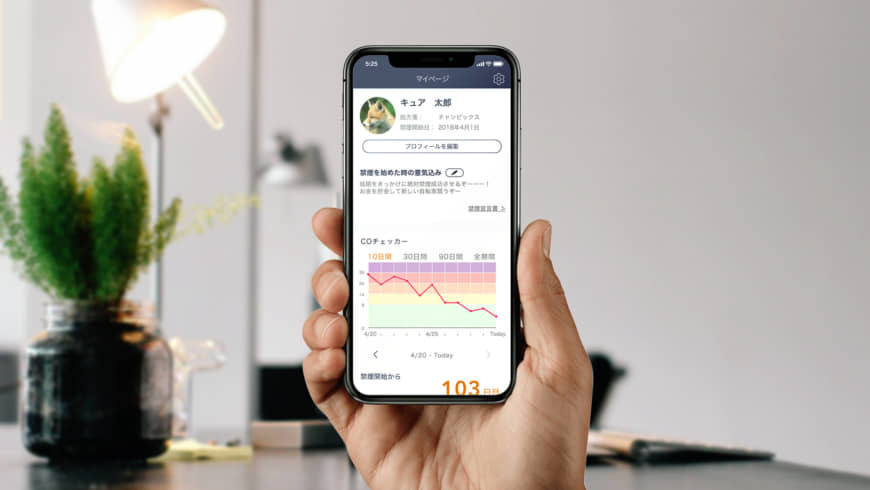 During the American Thoracic Society International Conference, CureApp Inc. announced that its "Smoking Cessation" app was able to better improve its test group's Continous Abstinence Rate (CAR) over the course of its trial when compared to its control group.

This a huge milestone for the company, as the firm is quite young, being established by Dr. Kohta Satake and Dr. Shin Suzuki in 2014, with an aim of making treatments more accessible and simplified through the use of "Digital Therapeutics" which, unlike traditional treatments, relies on treatment options that make use of digital technologies or online resources to treat medical or even psychological conditions.

The CureApp Smoking Cessation system makes use of an app for smartphones and also a device that can monitor a user's Carbon monoxide. The app is able to take the known information about the user, couple it with the data obtained by the monitoring device, and make suggestions on how to better cope, in order to prevent smoking.

“In normal smoking cessation treatment, doctors are unable to treat patients’ psychological addiction until their next regularly scheduled session. This has been an obstacle for patients who had to fight (the addiction) alone”

The idea is that by having constant support with just a glance of a phone, patients are able to better deal with the addiction mentally, which is different from traditional visits to a specialist, where the time without reinforcement could lead to a relapse.

CureApp Inc. and Japan's Keio University conducted the trial with 584 people, of which, the data of 572 individuals were used for this trial. The participants were found when they voluntarily entered Japan's smoking cessation treatment program. They were split into two groups, with 285 people using the CureApp and 287 who did not. After six months, of those that used the app, 63.9 percent remained smoke-free. Those that did not use the app, 50.5 percent remained smoke-free. The company Inc. states that 13.4 percent in the trial treatment group is a "statistically significant difference".

Because it was able to pass rigorous testing in the clinical trial, the firm hopes that it will be able to use the data obtained during the period to gain regulatory approval and have it potentially be covered under Japan's public health insurance system. Furthermore, it hopes to expand the treatment outside of Japan, with the United States being a likely destination.