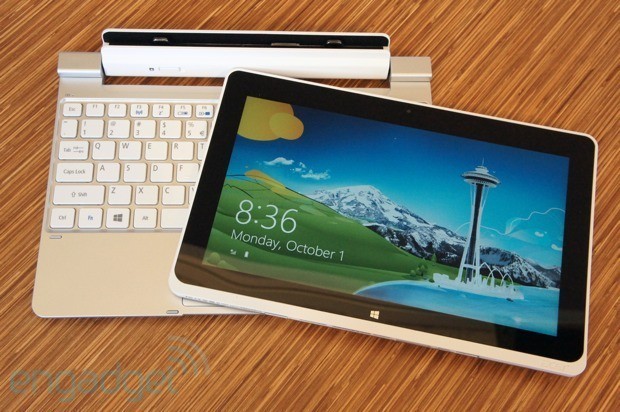 Acer executives have already said that demand for Windows 8 products are " ... not that good right now." Now a new report claims that the company plans to offer up new Windows 8-based tablets that are cheaper than their current lineup.

Speaking to unnamed sources, The Wall Street Journal reports that Acer will launch the cheaper Windows 8 tablets sometime in early 2013. There's no word on any specifics on the price of this tablet, nor have any of this product's hardware specs been revealed.

Acer launched the Intel Core processor based Iconia W700 tablet earlier this year with a starting price of $799. It is one of the few PC makers to launch a Windows 8 tablet with a Intel "Clover Trail" processor, the Iconia W510. If you can find one, they are priced around $500, but supplies of the tablet have been low since it launched.

The same Wall Street Journal article also claims Acer will launch a $99 Android-based tablet in early 2013, with a 1.2 GHz dual core processor and a seven inch screen with a resolution of 1024x600. The tablet is said to be made for emerging markets and may not be sold in the US.