Up until now, the one game genre that we haven’t seen on next generation consoles is helicopter simulation games. This fall, that is going to change. N4G has revealed via GamingAllTheTime.com that Activision has officially announced “Apache: Air Assault” for the Xbox 360 and PlayStation 3 platforms. According to GamingAllThetime,

"Activision Publishing, Inc. announced today that Apache: Air Assault will be released this fall for the Xbox 360 video game and entertainment system from Microsoft and PlayStation®3 computer entertainment system. Developed by Gaijin Entertainment, Apache: Air Assault is a modern combat flight simulation game where players control a variety of lethal Apache attack helicopters outfitted with cutting-edge military weaponry. The goal is to prevent terrorist attacks by raining down destruction from above in the world’s most volatile warzones.” 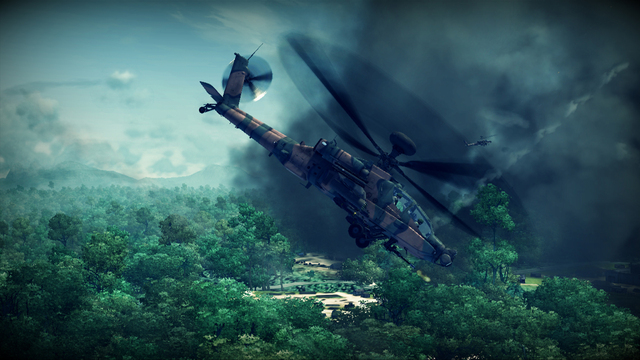 Apache: Air Assault will offer 16 missions with multiple stages in each mission -- it will also offer mixed gameplay that will include air and ground combat. The settings vary from Africa to the Middle East and Central America, and players are able to fly multiple Apache helicopter models that each have their own special weapons and damage models. Apache: Air Assault offers multiple gameplay modes that are designed to suit a wide range of player tastes, including Arcade Mode, Realistic Mode, Local Co-op Mode, and Online Multiplayer matches.

Arcade Mode is designed for those that wish to pick up the game and start playing without hassles. Realistic Mode provides more depth to the gameplay and will offer unprecedented levels of detail and precision. The Local Co-op Mode offers the ability for players to share the same Apache cockpit (with one player being the pilot and one player being the co-pilot). The online matches will include Team Deathmatch, Capture the Landing Zone, Ground Attack, and Ground Strike -- All of these online match modes are intended provide gamers with a flexible experience that will add great replay value to the game.