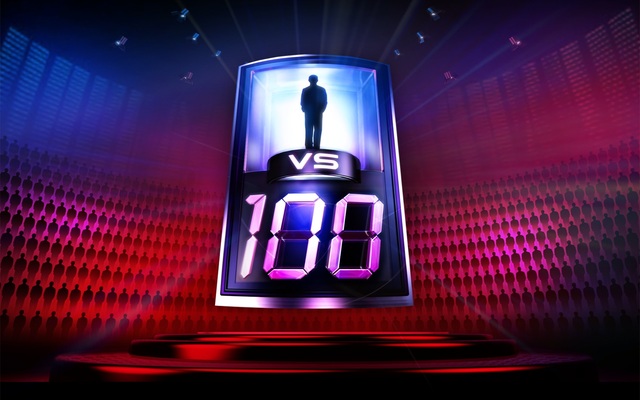 In an unexpected move, Microsoft has pulled the plug on 1 vs. 100, the television-style game show that aired on Xbox Live. The cancellation comes just two seasons after it debuted last November.

The game was downloaded over 3 million times during its 13-week pilot season and attracted thousands of players. According to Microsoft, 114,000 Xbox Live users in the United States and 81,000 users in the United Kingdom and Republic of Ireland played the game during its time in Beta. The game even managed to win a Guinness World Record, but that didn't seem to be enough for Microsoft.

Speaking in an interview with Kotaku, Microsoft Game Studios manager Dave McCarthy said the decision was made to put the team on new projects rather than pursue another season of the game show. "When we started on this journey, we knew we were creating an entirely new genre of entertainment that would be a continually evolving concept.”

Regardless of the company's decision to cancel the game, McCarthy said that Microsoft is still interested in applying the concept to future projects. "We're very proud of the '1 vs. 100' team and their accomplishments, and are excited to apply what we've learned to future programming."

Microsoft said the 1 vs. 100 developer team is now "focusing their skills and applying the technology used to develop '1 vs. 100' to new projects that will be unveiled in the future."