Halo 5: Guardians, the popular first-person-shooter published by Microsoft Studios for Xbox One is expected to be receiving an update next week that features some new settings to assist you in tuning your controls.

The controller is your main input to the game - and as such, it is important to be able to fine-tune it in fast-paced multiplayer games, so that you can always be at your best. This upcoming update for Halo 5 allows the player even more control over how their controller reacts to movement.

Three of the main changes include:

Each new setting will provide the player with new tools to optimise their gameplay - here is a quick look at these settings: 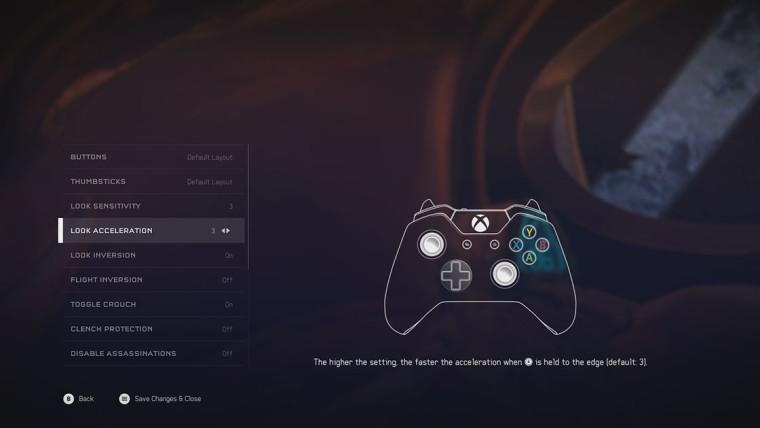 This setting changes the time that it takes to hit the maximum look speed when you tilt your 'look' stick 100% in any direction. For example, if you push your stick all-the-way to the left, this setting will adjust how long it takes before it hits maximum speed. 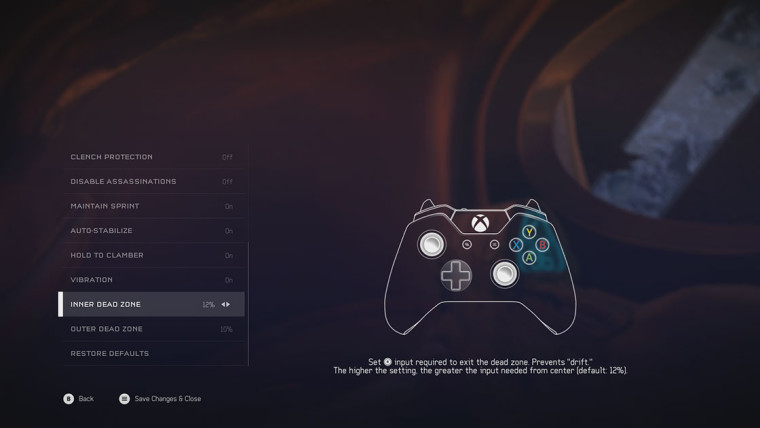 Ever noticed 'drift' when using your Xbox One controller? It is a problem that many report... some games implement methods of reducing drift, this is known as a 'Dead Zone', an area around the analog sticks where the game will disregard any input from it, to prevent unintended movement.

With the new Inner Dead Zone setting, you will be able to customise the percentage of the area where movement is effectively ignored. 343 Industries recommends that you try turning this value down to 0% to begin with, and test to see if you notice any drift, and slowly increase it until you don't notice any. 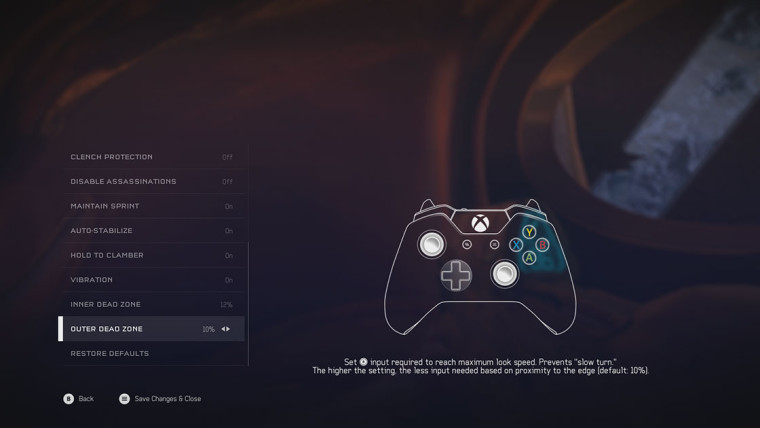 Similar to Inner Dead Zone, the Outer Dead Zone adjusts the point at which the game believes the analog stick has reached 100% input. This helps to prevent slow turning - for example, have you ever tried turning quickly to reach an enemy behind you, but believe you're not turning very quickly?

343 Industries also notes that when this update rolls out sometime next week, it will not change any values you have been using since you bought the game. The default values remain the same.