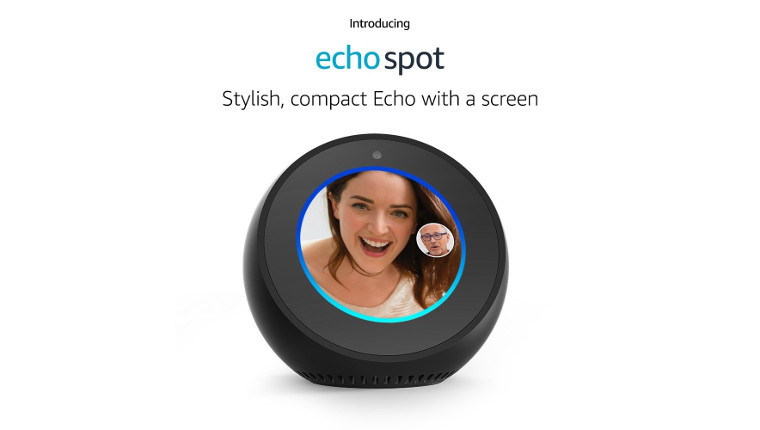 When Amazon wanted to get its Echo product to a wider audience it decided to launch the Echo Dot; it wasn’t a fully featured as the Echo but it did the job. Now the company wants to get a screen to people in the UK, who might not be able to afford the Echo Show, with its Echo Spot, a small Echo device with the form factor of an alarm clock. The device is now retailing for £119.99.

With regards to the Echo Spot, Amazon says:

Amazon is fairly hush-hush when it comes to the amount of its own products that it sells. All we have to go on to determine the success of an item is based on qualitative statements put out by the retail company. In December, it revealed that tens of millions of Alexa-enabled devices had been sold worldwide with the Echo Dot being the number one selling product on the site for the second year running.

The main appeal with the Echo Dot and Google Home Mini is their extremely low price tag of under £50. The Echo Spot may miss the mark when it comes to people looking out for a bargain with it being over £100 but it’ll no doubt be popular still.

By opting for the Echo Spot, you'll save £80 and get, frankly, what is an aesthetically more pleasing device than the Echo Show. The Spot is all contained within a half sphere and weighs around 450g. It measures just 4.1 x 3.8 x 3.6 inches so it won't take up too much room on your bedside table. Pre-orders are open now and will ship on the 24th of January.

Source: Amazon via The Guardian