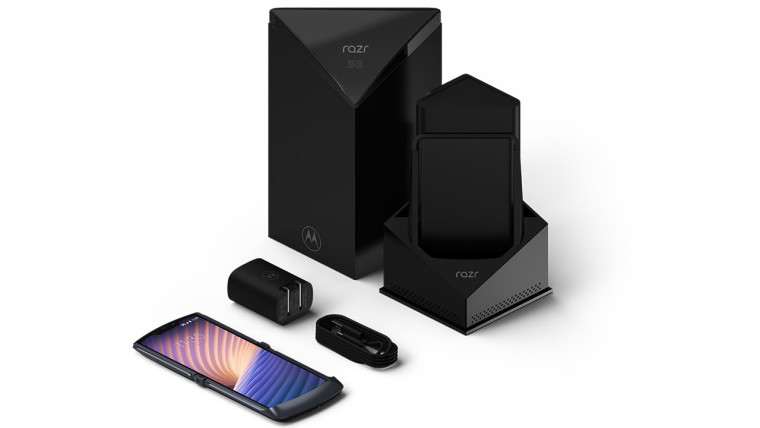 If you plan to order the Motorola Razr 5G unlocked from Amazon, don't be surprised if you end up receiving the device with a box whose seal has been tampered with and there are fingerprints on your device. This is because Amazon is opening the unlocked variants of the Motorola razr and folding it before shipping it out to customers.

Amazon says that it is shipping the device in a folded position to better protect its display, though the end result might not look as elegant as one would have hoped. Amazon notes this in the product listing of the Motorola razr:

RAZR was meant to be shipped in the unfolded position. However, in order to better protect the display we have folded your RAZR – it’s safer, but may not look as elegant as we hoped. We apologize if you see fingerprints on your device, but we assure you your RAZR is brand new.

If purchased directly from a carrier or Motorola, the Razr will ship in an unfolded form in a fancy box that will show off its foldable display in all its glory. Motorola has designed the box ingeniously and it can also act as a passive speaker for the phone.

The Motorola RAZR's foldable display is relatively fragile and Amazon is just being cautious here as it wants to prevent the display from getting damaged during shipping. This is, however, the first time that Amazon has gone to such an extent before shipping a phone to customers.

The good thing is that Amazon is offering a flat $400 discount on the Motorola Razr 5G which brings its price down to $999 from $1,399 which should make up for this move from the company.