In February, NVIDIA shocked the PC hardware and hardcore PC gaming crowd with the announcement of the GeForce GTX Titan, a $999 graphics card that has three GPUs and 6 GB of GDDR5 RAM. So what can NVIDIA's main graphics card rival, AMD, come up with to counter the Titan? 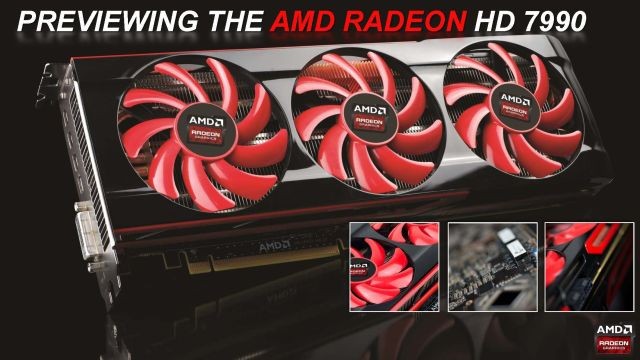 AMD teased an answer to that question this week as part of a Game Developer Conference press event. PCWorld.com reports that AMD posted a slide at the end of the press conference that showed off the upcoming Radeon HD 7990. AMD is keeping the details of what's inside this huge card a secret for the most part, saying only that it has two GPUs and is reportedly "whisper quiet."

These new servers will also compete with NVIDIA's own cloud server solution, the GRID Visual Computing Appliance, which was announced earlier this month.