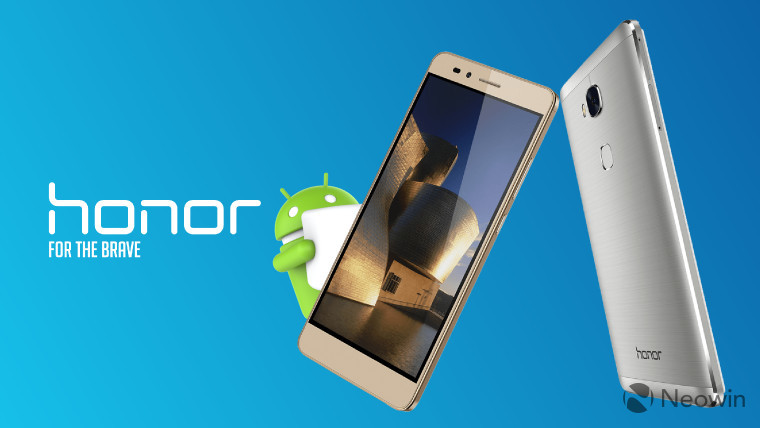 We rather liked the Honor 5X when we reviewed it earlier this year, even though it wasn't quite perfect. But the affordable device looks set to improve further with the release of the latest OS update for it.

Last month, Huawei announced the start of its Marshmallow update rollout for the device. Now, the update is making its way to the Honor 5X in the United States. On its US blog, the company shared a few details of what to expect from the update:

Now on Tap
Get assistance without having to leave your app. No matter where you are in the UI, simply press and hold the home button to call up Google Now. It’s smart enough to know what you’ve been doing and is ready with suggestions.

Do More with Your Voice
You can now have a dialogue with any of your apps, so long as they support the new voice interaction service. From looking up information online to playing a specific song, your voice has the power to do whatever it is you need with the Honor 5X.

Doze
When your device or open apps aren’t in use, Marshmallow automatically goes into a deep sleep state, increasing your standby battery life.

Advanced, Yet Simplified Volume Control Settings
Manage your notifications, music and alarm volumes quickly and easily. Simply toggle the up or down volume rocker wherever you are.

New Open Apps Menu
The new look and feel of the open apps menu feature allows you to easily scroll through all your open apps and make a selection, dismiss or (with EMUI 4.0) dismiss all at once!

As mentioned in the list above, the Marshmallow update for the Honor 5X is also accompanied by EMUI 4.0, the latest version of Huawei's user interface for Android devices.

Key features of EMUI 4.0 include:

Motion Control
An easier way to access your phone. When your screen is on standby, touch the screen in various motions to initiate different functions.

Drag Actions
With so much information on your phone, shortcuts are the key to help you get things done. Drag actions make it easy for you to view and hide the important things. Drag top down on left side to show notifications. When you drag top down on the right side, you’ll see your shortcuts.

One-Hand Mode
The One-Hand Mode alters the UI to make using your device with a single hand much easier. Simply swipe left or right at the button of the screen to use the phone with your left or right hand only.

Honor 5X Made Easy
We’ve also included additional features to create a smoother and efficient experience in the Honor 5X.

The Android 6.0 Marshmallow update with EMUI 4.0 is rolling out to the Honor 5X in the US now. As always with over-the-air rollouts, keep in mind that it can take some time for all eligible handsets to be upgraded, so try again later if you don't see the update immediately available for your device.