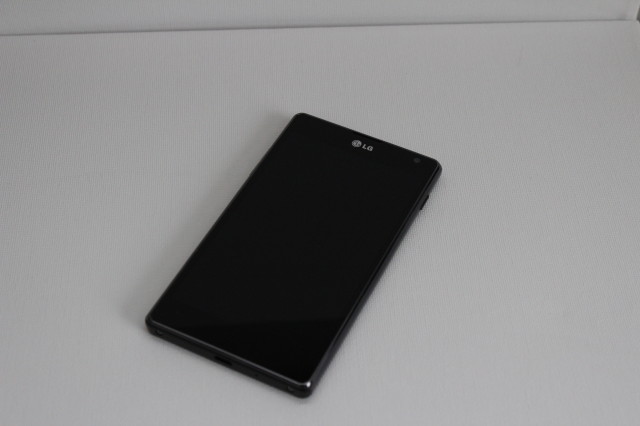 A few weeks back, we took the HTC 8X for a two week, all-or-nothing trial to see how the phone would stand up to the daily grind and also interact with the corporate environment. Not long after we made the post, we got several inquiries to do the same with Android.

Enter the Optimus G, LG’s flagship Android device, currently available on numerous carriers including Sprint and AT&T in the US. For a full product breakdown, make sure to check out the review here of the device.

Android has matured at an incredible rate over the past few years and the last time I used an Android phone as a daily driver for more than a week, it was with the Droid Incredible which was about two and a half years ago. At that point, I gave up on Android as the platform was dreadfully slow and lacked the polish that iOS and other platforms had received. But since then, a lot has changed for Android, for the better, and it’s time to take another look at Google’s mobile platform.

Like with the 8X, I dropped the Optimus G off with the IT department to get all my accounts synced and applications setup. Once again, I got the “I am busy, is this urgent?” - if you have ever dealt with tech support, the answer to that question is always “yes” or else your request will never be completed. Joking aside, the IT department was quite familiar with Android and was able to return the Optimus G back to my desk in about 30 minutes with the bulk of the setup time being allotted to downloading the required productivity applications and setting up the VPN connection. 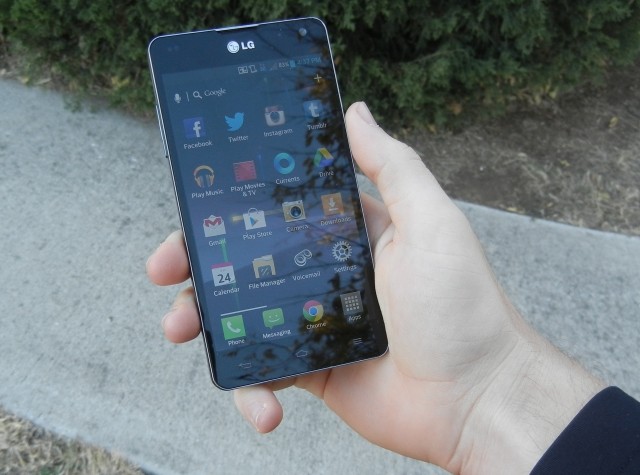 Once I got the device back, I shut down the 8X and have been going all-in with the Optimus G for the better part of two weeks. During this time period, I didn’t seek out extraordinary circumstances to prove any shortcomings of the phone; I simply wanted to see how the device and Android stood up to my, admittedly, rigorous demands for a phone.

The Optimus G is pushing the boundaries of size for a phone, as far as my personal preference goes. I prefer to have my device on me at all times but I don’t want to feel it on me at all times, meaning, I don’t need it stretching the pocket lining of my pants. That being said, the size of the device has not crossed the phablet threshold trend that we have been seeing in the market and stays true to being a smartphone.

One interesting design choice is that the top and bottom of the Optimus G have a textured plastic, while the back of the device is a solid sheet of clear plastic. We would have preferred the textured look from the top and bottom to extend across the whole product as it gives the phone a unique look and feel.

It’s hard to ignore the size of the phone; the screen is quite a bit larger than the 8X and makes the iPhone 5 feel cramped. The extended real estate does make for viewing PDFs much easier and working with detailed documentation.

The phone hums along smoothly and the sluggishness that we have seen on other phones is not apparent on this device, and its response time and touch accuracy will appease all users.

Email, which is a big factor for many users, works well on the phone and calendar notifications are easy to understand, setup and re-schedule for when that time arises. In a nutshell, the work necessities all get the job done and are on-par with the other platforms.

We do prefer the Office experience on Windows Phone over that of Android as the third-party Office applications never seem to hit the mark for being (or matching) the best-in-class. Either clunky interfaces or missing features tend to plague the ecosystem but this is not a fault of the Optimus G, but more one of Android. We do expect Microsoft to release a port of Office for Android at some point in the future, but what features the applications will include is still a mystery at this point. 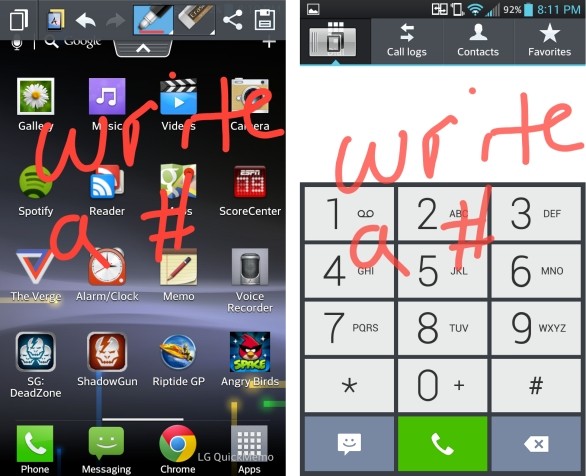 The Optimus G has a pleasantly palatable spec sheet, but one item that surprised us with its usefulness and how often we used it is the Quickmemo feature. In a nutshell, you can write down notes on any screen at any time and save the memo to review later. Where this comes in handy is when you are reviewing documents and need to make corrections.

While making corrections on the phone is possible, using the Quickmemo feature, you can jot down a few notes and review them at a later time when you have a better device to edit PDFs and spreadsheets. We used this feature over and over again because once you get used to this ability, you quickly realize that not every platform allows for this, which is a tragedy, as it is quite good.

One of the shortcomings I had with the 8X and Windows Phone 8 was the lack of VPN support. Fortunately, the Optimus G and Android supports this feature, which makes connecting to the office from the field an easy process.

One area which we would love for LG to approve upon is their custom user interface. While we understanding vendors do this for, supposedly, brand recognition (and at one point to fill in the gaps Google left open), those days have long gone. Google’s stock UI does a great job at providing fit and finish and if LG refuses to drop their skin as default, we would love the option to be able to jump back to the stock UI in the settings menu.

The battery life for the device was adequate and would require us to recharge during the day but I do admit, I abuse these phones and my use in not typically representative of a casual consumer use. I kill an iPhone 5 battery by lunch on most days, so the Optimus G making it to the afternoon before being plugged in suggests that most users, with more realistic usage patterns, would be happy with the battery life.

There has been a lot of talk about the improvements of cameras on smartphones but at the end of the day, it is still a phone with extremely small glass. For what it’s worth, the camera works (but it’s no DSLR, obviously) and will allow you to share images with your co-workers, but we doubt you'll be framing any of the pictures you take.

Android has come a long way over the years and deserves more respect than it gets in the market. Yes, “fragmentation” cries are loud and clear but most consumers do not care about this or even know what it means. From an end-user point of view, Android has developed into a mature platform and should be treated as such.

Pairing Android 4.04 with the LG Optimus G is a natural fit as the phone inspires confidence in all regards. It works at home, it works on the road, in the office and has enough oomph to make it an enjoy able daily device.