Google is always keen to downplay the problem of malware on Android, for obvious reasons, but that doesn’t make the underlying threats any less troubling. New threats are being discovered all the time, and as the platform grows - with over 1.5 million Android devices being activated every day - the potential to infect ever more devices grows too.

It must be said that Google does a pretty decent job when it comes to eliminating malware from its own Play Store - less than 0.1% of apps there contain malicious code, according to F-Secure (pdf) - and efforts such as on-device monitoring have also helped to limit the impact of rogue software. But third-party Android stores fare considerably worse than this; according to Forbes, in one third-party store, a staggering 33% of apps were found to be infected.

One such threat was documented by security researcher Szymon Sidor this week, who found that by creating an app that exploited a simple loophole in the OS, he was able to get a device to capture photos using its camera, and then upload them to a remote server, without the user having so much as a hint that anything untoward had happened. 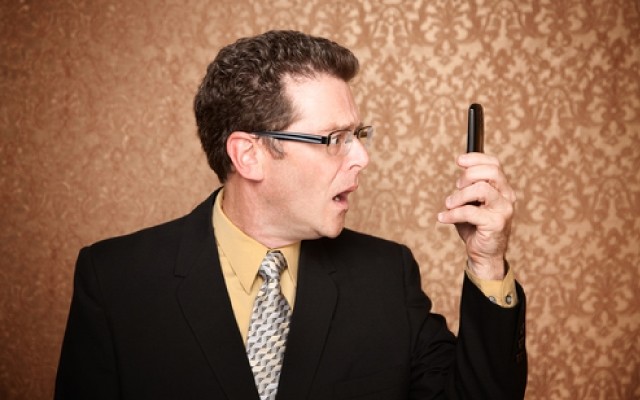 Your phone could be taking photos of you looking like this, without you knowing!

Sidor said that he had observed numerous apps on Google Play that were capable of taking photos covertly, but each of them required a visible indication of the app’s activity on screen and, critically, for the screen to be switched on. As he wrote on his Snacks For Your Mind blog, he set about trying to see if there was a way to perform the same task, but without that visible indication.

He succeeded, and he was able to do so by exploiting a simple loophole in Android’s security features. Android requires that, when a photo is being taken, a preview of the image viewfinder must be shown on the screen; it’s a measure to ensure that users know that the camera is engaged and not taking photos or videos of them without their knowledge.

But Sidor adjusted the code in his testbed app to continue displaying that preview, but only on a single pixel. That makes it completely impossible for a user to be able to see the preview, and therefore none the wiser if an app were to covertly be capturing snaps of them and uploading them elsewhere. The app was also able to capture other details from the device, such as battery level (crucial in helping to avoid detection of the app via its battery drain), and even the current location of the device. Check out the video below:

Perhaps the most disturbing finding is revealed in this little snippet (emphasis is ours):

The result was amazing and scary at the same time – the pixel is virtually impossible to spot on Nexus 5 screen (even when you know where to look)! Also it turned out that even if you turn the screen completely off, you can still take photos, as long as the pixel is still there.

Sidor’s post on his findings is well worth a read – and he also includes a few handy tips on how to protect yourself from the threat of malicious apps on your Android device. He acknowledges that he was not, in fact, the first to discover this flaw, but also adds that he has contacted Google with the details of his own research, in the hope that they will close the loophole with a future security patch.

He ends his post with a simple request to Android’s security team: “Please put more effort into ensuring users’ privacy.”

Source: Snacks For Your Mind via BGR | Businessman looking at phone image via Shutterstock