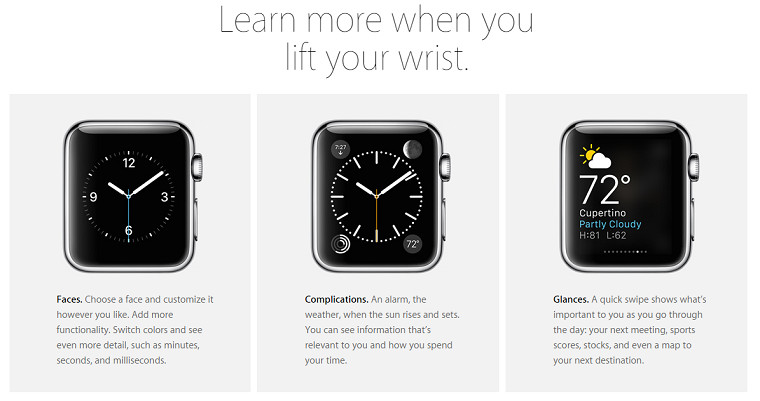 All versions of the Apple Watch are now eligible to upgrade to watchOS 2, regardless of how many zeros appeared on your receipt. The new OS announced at the Apple Special Event will contain many requested features from both users and developers, with some big changes coming to what is exposed to app developers, as well as what users can do on their watch face (including some video). With the Apple Watch seemingly on the cusp of being a real success for Apple, this update will be critical to keep increasing adoption.

The biggest user-facing changes will involve greater customization of the watch, including allowing the screen to stay on for longer and more watch faces. The Apple Music interface has been improved and "short videos" will be allowed, such as Vines.

Complications are a new addition to the watch app model, allowing for easier access to information using the crown. Native apps are another developer goodie being offered, which will allow significantly more functionality, including Facebook Messenger and the above mentioned videos, with a potentially great feature of using an Apple Watch as a GoPro viewfinder.

AirStrip is a new cloud platform that will allow for secure Apple Watch data services, including health data and patient-doctor communications.

Apple also claims there are more than 10 000 Apple Watch apps in the App Store already, with more coming with the watchOS 2 changes.

The new version will be available for download September 16th, 2015.