Apple introduced the 2017 MacBook Pro with a Touch Bar, a multi-touch OLED strip at the top of the keyboard, replacing the function keys, enabling app-based contextual actions that are configurable. While this was not the exact touch-screen enabled MacBook that fans were looking for, Apple's Chief Design Officer, Jony Ive, said that the company did not feel that the Mac was the right place for a touchscreen. It would be no surprise that, internally, Apple may be exploring ways to use a touchscreen on the MacBook line of laptops.

Today, a patent granted to Apple, made public by the United States Patent and Trademark Office (USPTO), describes "Dual display equipment with enhanced visibility and suppressed reflections". The second display, located in the base of the device, may occupy a horizontal strip closer to the upright display with a traditional keyboard and trackpad positioned below. Otherwise, the second display may extend further down, opening up the possibility for the display to leverage a soft keyboard and become a large trackpad in its own right. 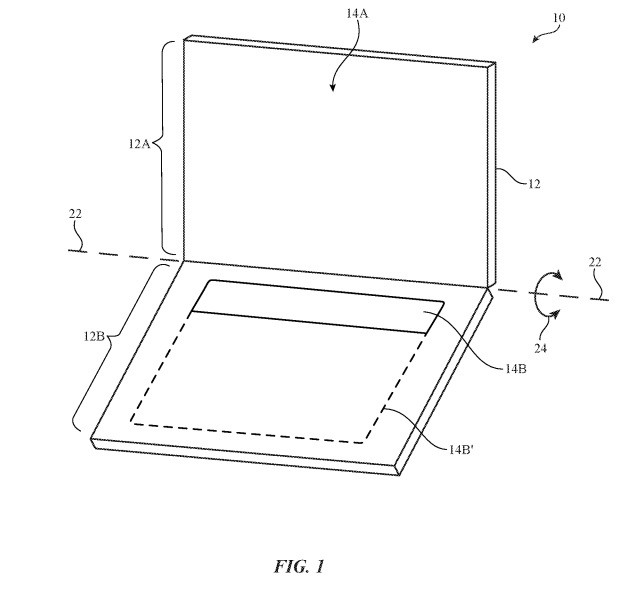 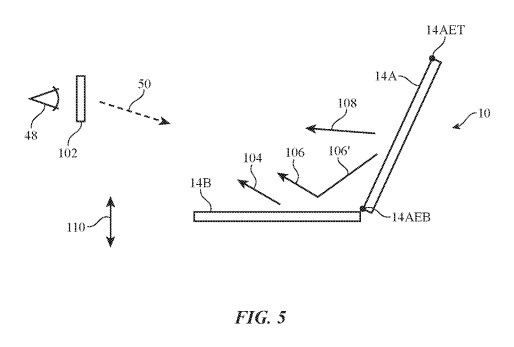 Additionally, the patent suggests that the displays will incorporate a polarizer layer and wave plates to reduce reflectivity. This makes sense, as the displays can further mimic a physical keyboard by lowering any form of reflection from either the primary display or the surrounding. The patent's summary also mentions the possibility of "force sensors", perhaps enabling Force Touch inclusion for added functionality. Add in Apple's Taptic Engine to mimic the haptic feedback of a key press, and Apple may provide an alternative to the absence of a keystroke that we are accustomed to on physical keyboards.

However, it is wise to take all of this information with a grain of salt, as companies file patents all the time and such devices aren't guaranteed to make it to the market.