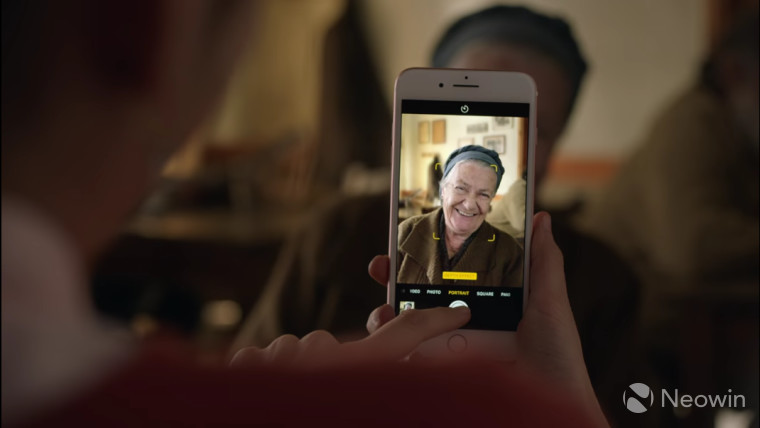 One of the iPhone 7 Plus' more talked about camera features is "Portrait mode" which utilizes both of the rear cameras on the device to produce a pretty interesting bokeh effect.

The advertisement, titled "Take Mine," is set in Greece and starts off with a woman getting out of a cab and seeing her grandmother. Taking a photo of her grandmother with Portrait mode, the photo's quality impresses the grandmother as well as the entire town. The woman then goes from person to person taking their portrait shots.

After every other photo taken in the ad, a photograph of the person is shown which the advertisement implies was taken by an actual iPhone 7 Plus utilizing Portrait mode.

Portrait mode has received a lot of attention across media and while it came across as a pretty neat feature, Neowin Senior Editor Rich Woods found that, at least a couple of months ago, it still wasn't ready for prime time. Portrait mode has since received some fixes though which may have improved the quality of the photos taken.

The advertisement can be viewed below: