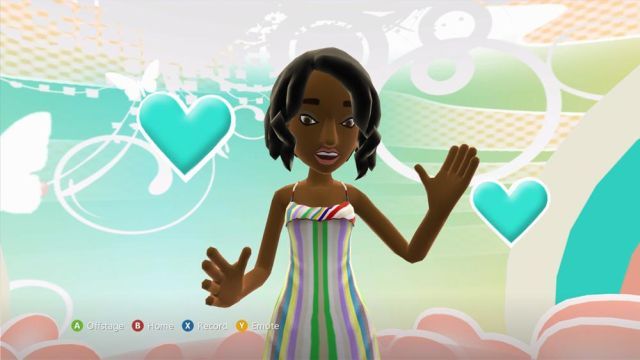 Over six months after Microsoft first announced and demoed Avatar Kinect during its CES 2011 keynote address, the company has finally released the new feature for the Xbox 360 console. The free release for people who own both the Xbox 360 and the Kinect motion controller camera add on product will allow its users to animate and speak via their Xbox 360 avatar creations. The release is part of Microsoft's Kinect Fun Labs, which was launched last June at E3 2011. At the moment, Avatar Kinect is available for all Xbox 360 owners, but starting on September 8, it will be restricted to Xbox Live Gold paid subscribers.

The 658.59 MB download will let people place their Xbox Live Avatars in a variety of setting including a newsroom, a late night-style talk show studio or even outer space. The Kinect camera can read a player's facial expressions as well as speech and have those movements translated to the avatar construct. Users can also invite Xbox 360 friends to chat via their avatars via Avatar Kinect. Users can also create videos of their Avatar Kinect experiences (imagine hosting a talk show or creating a news program of your own using the program) and then upload them to the KinectShare.com web site. Others will be able to download the videos or you can even share them with others via a Facebook link,

Microsoft has even bigger plans for its Kinect technology. Recently the company revealed that teleconferencing features for businesses could be a future use for Avatar Kinect.