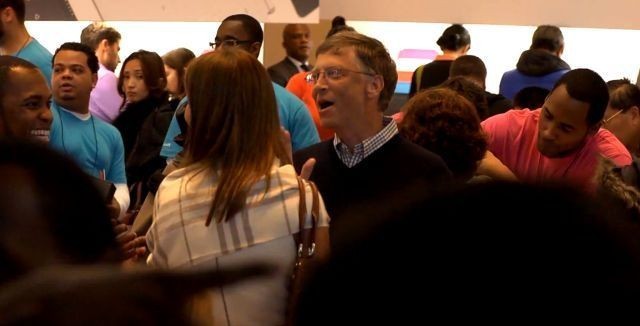 Bill Gates is worth more than almost anybody else on the planet and this week the chairman of Microsoft had a rare team up with the only person who is richer than him; Mexican telecommunications mogul Carlos Slim.

The Miami Herald reports that Gates and Slim got together in Texcoco, Mexico to give their support for the International Maize and Wheat Improvement Center, which has been in place for over 50 years. Gates and Slim have donated a total of $25 million to build a new laboratory that will help the center develop new ways to increase crop yields and thus save billions from starvation.

The article talks about how both Gates and Slim have been seen in the past as highly ruthless in their management of their companies. However, since leaving the day-to-day activities at Microsoft, Gates has turned his image around and is now seen as a man who really wants to help people with his money. Gates is currently worth about $64.4 billion.

On the other hand, Slim has been slower to give out his money. He's estimated to be worth $77.5 billion. Yet, his philosophy is that he helps people more by trying to add more jobs. In September he was quoted as saying:

We have seen donations for 100 years ... We have seen thousands of people working in nonprofits, and the problems and poverty are bigger. They have not solved anything.

So far, Slim has yet to commit to signing the "Giving Pledge", a project by Gates that asks all billionaires to donate at least half of their net worth to charities.