Early last month we reported that Malcolm Gladwell, a bestselling author, said that people will remember Bill Gates far into the future, thanks to his philanthropic achievements, while Steve Jobs would become an obscure figure for future generations. In his recent interview with Charlie Rose, Gates gave a definitive statement on how he feels about that claim.

“Steve Jobs did phenomenal work, both when I partnered with him and when Microsoft competed with him, and that deserves to be remembered,” Gates said, further proof that no matter how much bad blood went down between them, they always maintained a certain amount of mutual respect for one another. 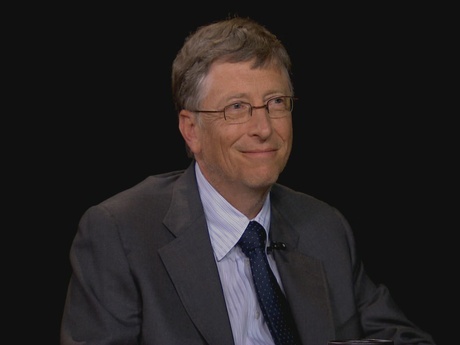 Even though Gladwell's statements will probably turn out to be true – Gates' philanthropic achievements are huge – that doesn't mean that Steve Jobs will be left behind in obscurity to all but the generations he touched. And while he might not be remembered in the same way that Gates is, that doesn't make his huge role in the digital revolution any smaller. Without both of them, things might look a lot different today, and that doesn't necessarily mean that they're in competition for how the future will remember them.

As far as that goes, Bill couldn't care less about his image. “I don't think anybody does the work they do based on how they think they'll be remembered,” he said. That goes for what he's doing now, as well as what he did at Microsoft. “I think now in my 50s, this way of operating, where I'm backing a lot of these great scientists... is the most natural for me,” he said. That's great, Bill; the world is lucky to have people like you and like Steve Jobs.