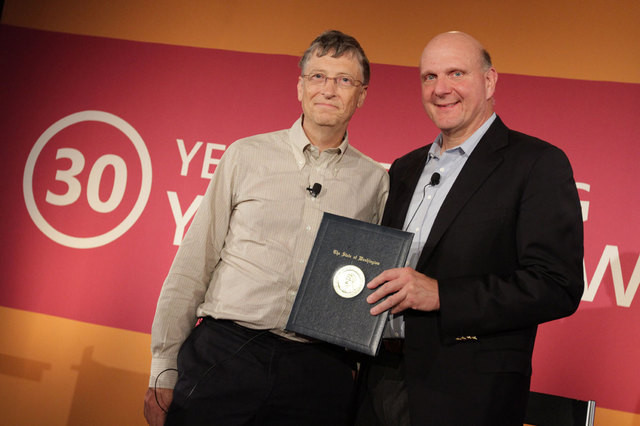 A few days ago, Microsoft chairman Bill Gates was named once again as the richest man in the world by Bloomberg. According to their Billionaires Index, his net worth went up by $15.8 billion in 2013, bringing his total fortune to a whopping $78.5 billion.

Part of the reason for that increase was that shares of Microsoft's stock also went much higher in 2013. Gates owns about 4.5 percent of the company and his shares are currently worth about $13.2 billion. He has remained the largest single shareholder of Microsoft since it was founded.

However, Gates has also been slowly selling off his stock options in Microsoft over the years. Computerworld notes that, according to filings from the U.S. Securities and Exchange Commission, he has sold about 80 million shares per year for the past 10 years. If Gates continues to sell off his stock at that rate, he will become Microsoft's second largest shareholder, behind current CEO Steve Ballmer, sometime in mid-2014.