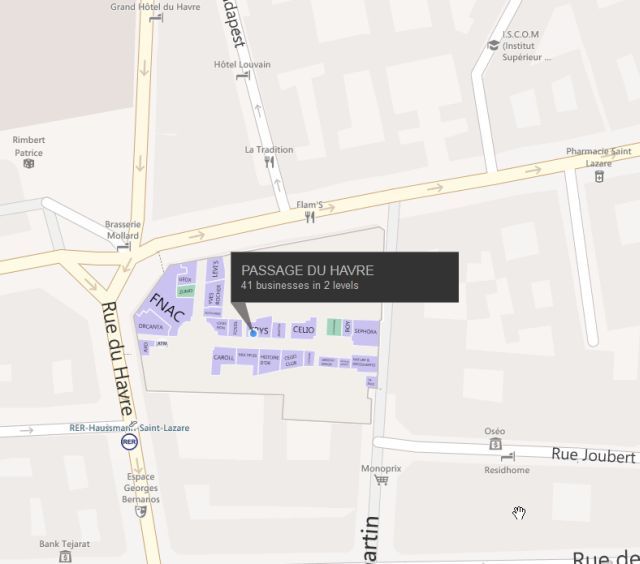 In October, Microsoft announced that its Bing Maps service would start to show more details inside large public venues such as airports and shopping centers. Today, Microsoft has expanded that effort to include showing the inside of large venues in a number of cities and countries around the world.

As reported by The Verge, Bing Maps now has venue support for over 2,700 locations in over 30 countries in North America, Europe and Asia; you can check out a full directory of all the venues on the Bing Maps website.

In February. Microsoft announced that it would merge its Bing Maps design with that of Nokia's mapping service. That partnership has resulted in Bing Maps' expansion of its venue support to other countries, according to the story. A recent rumor claims that Bing Maps would be replaced completely with Nokia Maps, with a new 3D interface, in Windows Phone 8 devices when they launch later this year.

Bing Maps has been in competition with Google Maps since it launched. In June, Apple announced it would have its own mapping service for iOS devices when iOS 6 is released later this fall. Some of the data for Apple's map service seems to have come from Microsoft.