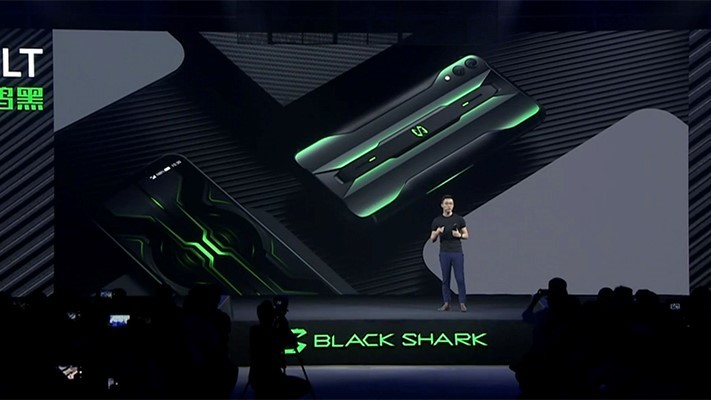 Black Shark, the gaming smartphone brand backed by Xiaomi, had already teased a new version of its Black Shark 2 powered by the Snapdragon 855 Plus chipset, and today, the device has become official - albeit only for the Chinese market for now. As expected, the phone is packing the latest and greatest from Qualcomm, but it also has some other improvements.

Notably, the phone now has UFS 3.0 storage, which we first saw on the OnePlus 7 Pro. The newer flash storage technology packs significantly higher speeds, which should result in shorter load times. RAM has also been upgraded, with 12GB now being the only option, and either 128GB or 256GB of internal storage.

Other than that, hardware changes are minimal.The secondary rear camera has been bumped from 12MP to 13MP, and the touch response time on the display has been reduced further to just 34.7 milliseconds from the 43.5 milliseconds on the Black Shark 2. On the back, Black Shark has added two strips of RGB lighting, flanking the company's logo. The phone's screen is still 6.39 inches diagonally, and it's still a Full HD+ (1080x2340) AMOLED panel, with the front camera also being identical. The battery capacity is unchanged as well, at 4,000mAh.

The phone will launch in China on August 2 and cost 2,999 yen (roughly $435) for the 12GB/128GB variant and 3,999 yen (roughly $580) for the 12GB/256GB version. Despite the better specs, both models actually start at lower prices than the Black Shark 2, which is good news if you've been holding out on buying a new phone. Of course, price and availability outside of China are not known of yet, so you'll probably have to wait a little longer to know how much you'll need to shell out.