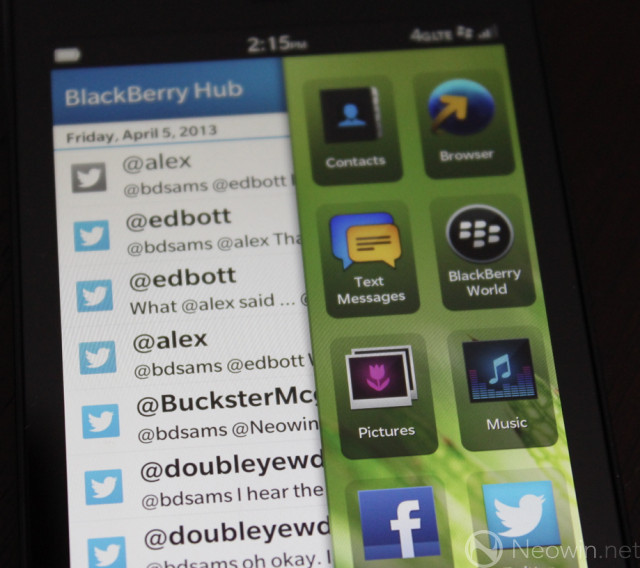 The soap opera that is the BlackBerry company saga continues to take new twists and turns. A few weeks after the smartphone company agreed to be bought out by Fairfax Financial Holdings for $4.7 billion, two of the company's co-founders have officially declared their own interest in buying back the business they started.

In a filing made today by the U.S Securities and Exchange Commission, BlackBerry co-founders Mike Lazaridis and Doug Fregin, who together own about eight percent of the company's stock, have revealed plans to front an exploratory effort that, if successful, would have the duo buy the rest of the shares in BlackBerry they don't already own. Lazaridis was previously rumored to be thinking about taking back BlackBerry before the Fairfax Financial Holdings announcement.

If you thought that Fairfax had the inside track to acquiring the Canadian company, think again. There is considerable doubt among financial analysts that the group will be able to raise the money needed to make its offer work. On the other hand, today's SEC filing indicates that Lazaridis and Fregin have hired Goldman Sachs and Centerview Partners to be their financial advisers.

Late last week, Reuters reported, via unnamed sources, that BlackBerry was in talks with companies like Cisco, Google, and SAP about selling off parts or even all of Blackberry to interested parties. Add it all up, and the future of the once dominant name in smartphones is officially up in the air.