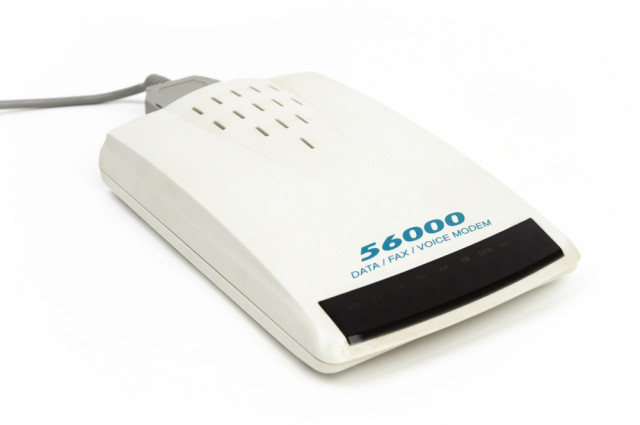 Dial-up Internet access is slowly but surely becoming a thing of the past. While several companies in the U.S. such as AT&T, Netzero and others still offer a way for customers to connect their 56K modems to telephone line for Internet access, one major U.K. provider, British Telecom, will be shutting down its dial-up Internet service in less than a week.

Tom's Hardware reports that BT has informed its remaining dial-up customers that their service will be discontinued on Sept. 1. For its subscribers who can access BT's broadband Internet service, it will actually be slightly cheaper to switch, as the dial-up service costs £17.25 per month compared to £10 per month for BT's cheapest broadband rate.

Unfortunately, about 1,000 of the company's dial-up customers have no access to broadband Internet service. The story claims that those subscribers will have to switch to another dial-up Internet service called PlusNet, which is owned by BT but is operated as an independent company. To make matters worse for those customers, BT will not be providing any help for them in switching over to PlusNet.

Last week, a new study claimed that 20 percent of U.S. residents cannot or will not access the Internet, even though the U.S. government has spent billions of dollars in the last few years in an attempt to make broadband Internet accessible to more people.