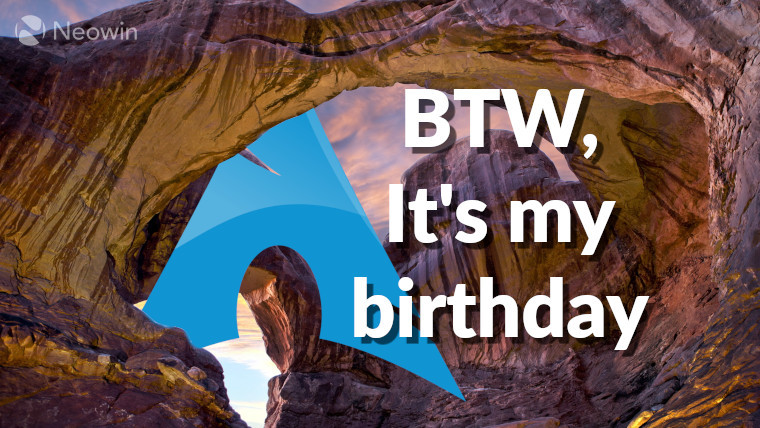 Arch Linux, the rolling Linux distribution that powers Valve’s Steam Deck is now 20 years old. Announced on March 11th, 2002, and codenamed Homer, version 0.1 was released to minor fanfare. The release notes were a far cry from today’s, essentially announcing it had broken ground and the foundation was going in, as it were.

I've finally got a bootable iso image on the ftp site. The bad news is that you don't get a pretty interactive installer. But if you wanted one of those, you would have gone with RedHat, right? ;)

I'll try to get the docs up for ABS (Arch Build System) which, IMHO, is one of the best advantages of Arch. With ABS, you can easily create new packages, and it's trivial to rebuild existing packages with your own customizations.

And on that note, if you start to use the ABS and build your own packages, I welcome your submissions. My "development team" is working on a contrib area as we speak. ;)

There’s also a bit of aspirational foreshadowing for release 0.2, which can be found here.

The advertised components are interesting. It shipped with Linux kernel 2.4.18 which many of the Linux old-timers (myself included) will remember was right before we started to get nice things like auto-mounting USB drives in kernel 2.6. XFree86 4.2.0 was also in stow, which is what we now call Xorg. If you wanted to build software, you had to use an absolutely ancient gcc toolchain (2.95.3). Web browsing was covered by the ghost of Netscape Navigator, Mozilla 0.9.9. Heady days, these were!

Missing from this release were the contemporary desktop environments of the day, Gnome and KDE – you’d have to wait for version 0.4 in December that year or build this yourself using ABS (Arch Build System). However, the more things change, the more they stay the same. While the FOSS world is still transitioning to Wayland, Xorg (then XFree86) remains the dominant display server throughout the landscape. While Firefox replaced Mozilla less than a year later, Mozilla software like Firefox and Thunderbird are still defacto packages for most distributions. Lastly, KDE and Gnome are still the preeminent desktop environments all these years later.