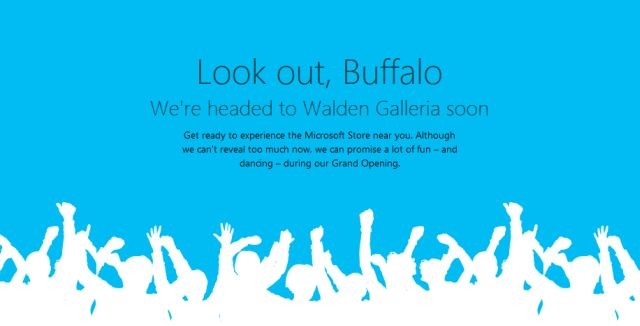 The Microsoft Store website states that one new location will be at the Walden Galleria shopping center in Buffalo, New York. This will be the sixth retail store in the state of New York. There are two other full retail stores located in Huntington Station and White Plains and three smaller specialty stores in New York City, Garden City and Elmhurst.

The site also reveals that a second Microsoft Store will open in the Orlando, Florida area, at the Mall at Millenia; Microsoft opened the first Orlando retail store a year ago at the Florida Mall. Florida will have eight Microsoft store locations after the Jacksonville and the second Orlando stores open their doors.

Microsoft has yet to reveal when the new Buffalo and Orlando locations will be ready for business. Currently, there are over 70 stores open in the US and Canada. Microsoft will also open and have its own staff in the "store within a store" inside 500 Best Buy locations in the US and 100 Best Buy and Future Shops in Canada.