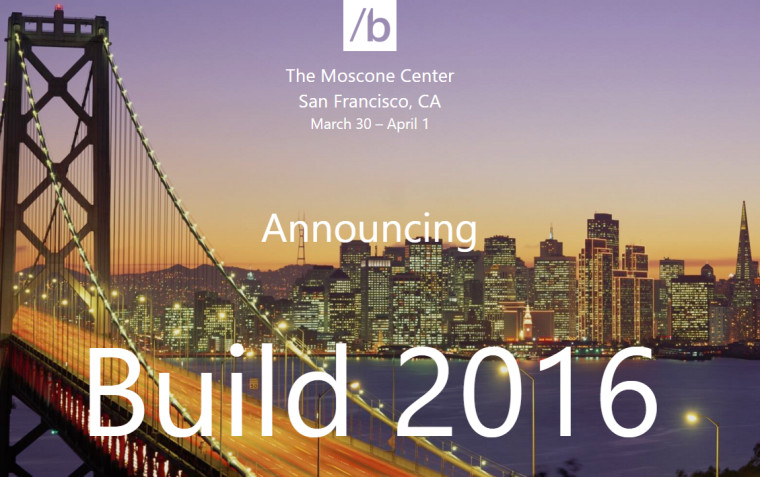 Earlier this year, a listing on the Moscone Center website revealed the dates for the next BUILD conference. However, those dates are slightly off as the event is actually scheduled to take place from March 30 to April 1 according to the Build 2016 website, which just went live.

Microsoft has once again chosen The Moscone Center in San Francisco as the venue for the event, which attracts developers from all across the world. As of now, the company hasn't opened up bookings, but those who wish to attend the event can join the mailing list through the Build website.

This year's conference focused on Windows 10, Universal Windows Apps, HoloLens, Continuum and Microsoft's leap into the open-source world with Visual Studio Code while the next conference could be related to the next version of Windows Server and other enterprise applications from the company, along with the next incremental update for Windows 10.

It's too early to say what the company has in store for Build 2016, but the buzz will no doubt pick up once the company opens registration for the event sometime around January.