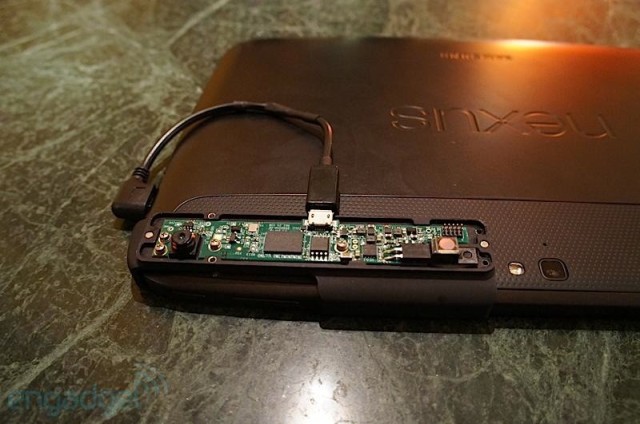 At Google I/O, the original company behind the Kinect sensor - PrimeSense - has demonstrated their new gadget that brings 3D sensing technology to tablets. The Capri is a 3D sensor that features hardware very similar to the Kinect, only it's one tenth of the size and can fit snugly either inside a tablet, or via an external device: at I/O it was shown connected via microUSB to a Nexus 10 tablet.

While PrimeSense aren't gearing up the Capri for use sensing human gestures, which is the main purpose of Microsoft's Kinect sensor, the device is capable of quickly producing a 3D map of a room; a feature which will come in handy for a number of applications. During Engadget's hands-on time with the sensor, an app was able to use the Capri to capture a 3D image of an object, convert it to a 3D model and send it to a 3D printer, as well as use a 3D map to play a basic augmented reality game. 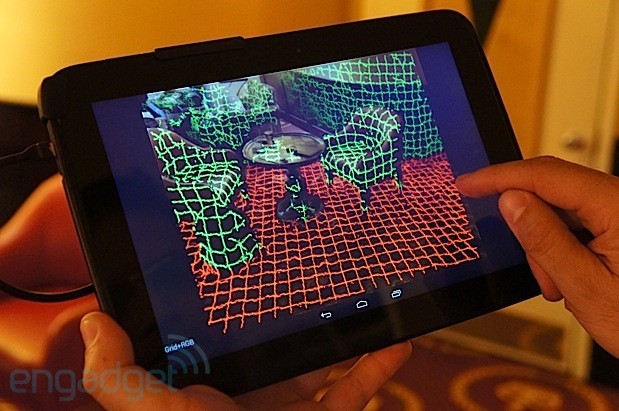 PrimeSense are hoping that developers will find the Capri an interesting device and develop some interesting applications to utilize its features. An SDK for the unit has been made available, although the hardware isn't quite final or ready to be shipped to devs at this stage. At I/O, PrimeSense are hoping to build some interest around the Capri, and one day you might find it embedded in your next tablet.