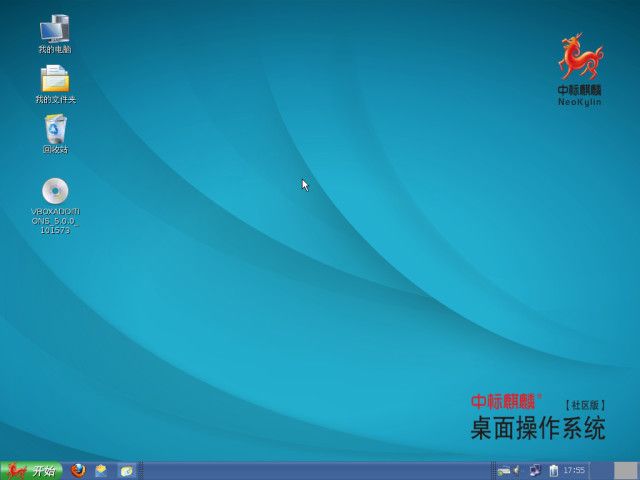 After Microsoft pulled the plug on Windows XP, China wasn't too happy to hear the news. The country wasn't too keen on upgrading, finding it too expensive to do so. In line with this, they also announced plans to build its own OS more than a year ago, to replace Windows. And just recently, a sneak peek of the operating system, which is named "NeoKylin," has surfaced.

Nikhil Sonnad, a reporter from Quartz was able to get an inside look on the custom OS. NeoKylin is developed by China Standard Software, in Shanghai, and built under Unix. Furthermore, the existence of a Yellowdog Updater Modified (yum) package management utility suggests that the OS is based on Fedora, another Linux-based OS, as the report states. The OS' name is taken from "qilin," a fictional hooved chimerical creature.

The first thing you will notice upon logging in, is its high resemblance from Windows XP. The majority of the UI is XP-inspired, from the taskbar, programs, functions, buttons, down to the Start menu. Other items in Microsoft Windows like My Documents, My Computer, Control Panel, and the Recycle Bin are also present. It has built-in programs like Firefox, a music player, image editor GIMP, a few games like Minesweeper, and Solitaire, among many others.

And would a computer operating system be complete without a productivity suite? NeoKylin has its own version of Microsoft Office, the NeoShine office suite. The software was also created by the same developer of the NeoKylin OS, and is based on the defunct open-source productivity program, OpenOffice. NeoShine features Office's three basic programs, a word processor, a spreadsheet application, and a slideshow presentation program.

The act of installing third-party apps was reportedly being blocked by NeoKylin, and system files have to be modified (and tons of experimentation have to be performed) to be able to do so.

NeoKylin will be pre-installed on a number of Dell commercial laptops, OptiPlex commercial desktops, and Dell Precision workstations in China. However, it has been reported that the version shipping with the Dell computers will not look so much like the XP-look alike variant of the OS.

Source and Images via Quartz