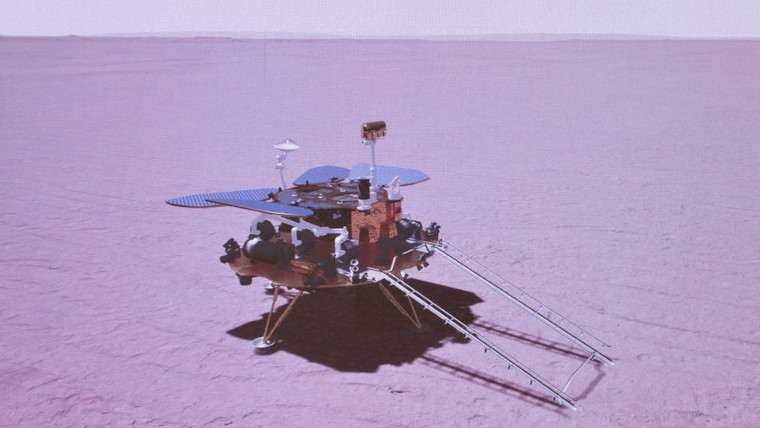 The China National Space Administration (CNSA) has successfully landed its Zhurong rover on the Martian surface, according to a report from BBC News. During its 90 Sol mission at Utopia Planitia in the northern hemisphere, Zhurong will study Martian geology using a laser tool that can assess a rock’s chemistry and search for sub-surface water-ice.

While China and the United States may be squabbling over 5G, NASA had much more cordial words for China with regards to its landing. Thomas Zurbuchen, head of science at NASA, said:

“Together with the global science community, I look forward to the important contributions this mission will make to humanity's understanding of the Red Planet.”

According to Xinhua, the Zhurong rover touched down on the Martian surface on Saturday at 7:18 a.m. Beijing Time. The landing was all pre-programmed by CNSA due to the communication time lag between the Earth and Mars. To establish the success of the mission, the rover unfurled its solar panels and antenna and sent a signal back to Earth to indicate that it had survived the landing – this process took over an hour and included the Mars to Earth delay of 17 minutes.

With the successful landing, China becomes the second country in the world to land a rover on the Martian surface. Since the 1960s, only half of the 40 Mars missions have succeeded and this rate drops further when it comes to landing on the surface of the planet. The last few weeks have been very good for China’s space ambitions; a few weeks ago, it launched its space station which will eventually be manned by taikonauts.