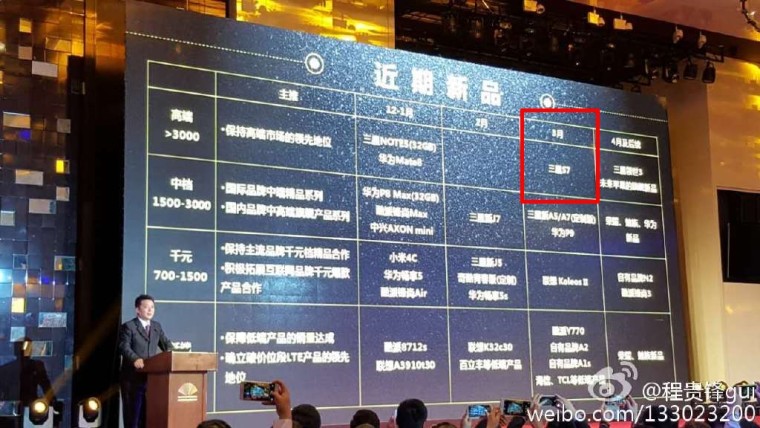 For those of you out there that are looking forward to Samsung's next flagship smartphone, it looks like China Mobile, which is the largest mobile operator in the world by the number of customers, may have leaked a roadmap that shows the Galaxy S7 should be unveiled sometime in March 2016.

This appears to be in line with previous rumors, and Samsung has released its previous flagships in pretty much the same time window. The presentation slide (see above) also shows that the new handset is expected to cost at least 3000 Yuan in the Asian market (460-470 USD).

Despite receiving positive reviews, the Galaxy S6 didn't exactly sell as well as Samsung expected, and the initial high price suffered a significant cut just a few months after launch. However, the Korean tech giant's next flagship is rumored to have the features it needs in order to sell in higher numbers, and win the hearts of longtime Galaxy fans. 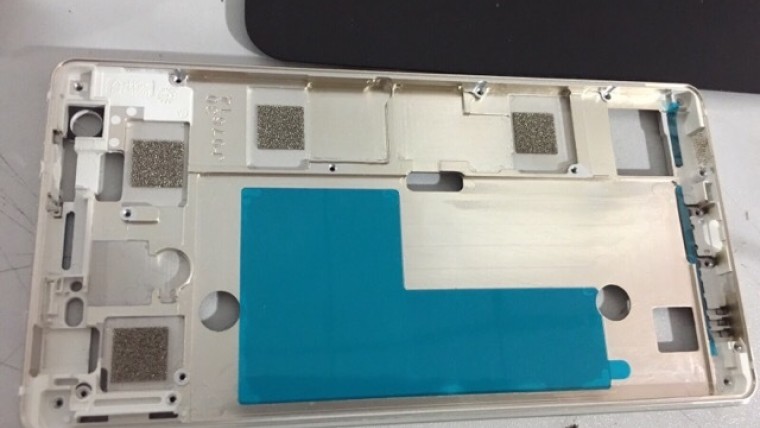 Among the specs, the Galaxy S7 will reportedly feature either a Qualcomm Snapdragon 820 SoC or Samsung's own Exynos 8890 SoC (depending on the market), a 5.2-inch QHD (2560 x 1440) Super AMOLED display, and a 20MP rear shooter featuring Samsung's BRITECELL RGBW sensor technology.

If these sound boring, there are also rumors that the new flagship handset will feature a pressure-sensitive screen similar to what Apple introduced with its latest iPhones, as well as a retina scanner. Even though leaked images of the chassis (see above) show a similar design to the current Galaxy S6, the new Galaxy S7 might see the return of the microSD card slot, and who knows, maybe even a removable battery!